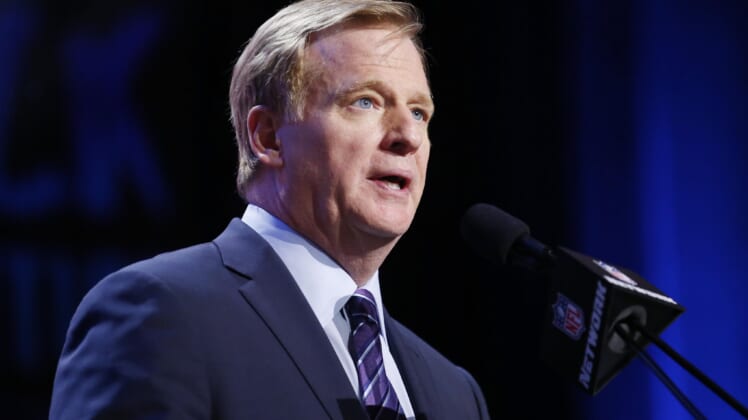 The NFL’s stance on marijuana and its decision to keep the “drug” on the league’s banned substance list has been a point of contention for some time now.

Seeing players suspended indefinitely for partaking in the recreational use of marijuana seems to be out of bounds with the current reality we are living in here in the United States.

One area the NFL might be open to change is the use of marijuana as a medical alternative to other drugs, some of which are not part of the league’s banned substance program.

Pushed by Baltimore Ravens offensive tackle Eugene Monroe, among others, there is a strong consensus within the ranks of players that marijuana can be used as healthier alternative to the substances those within the league have been taking for some time.

It now appears the league is willing to listen. Adam Kilgore of The Washington Post just penned an in-depth article on Monroe and his work bringing medical marijuana to the professional sports arena.

In that article, Kilgore reported that the league is now open to using cannabis as viable alternative to Opioids.

“Jeff Miller, the league’s senior vice president for player health and safety, and neurological surgeon Russell Lonser, a member of the league’s head, neck and spine committee, spoke Thursday afternoon on a call with the researchers Monroe has funded to learn more about their study,” The Post reported. “The league officials, while not endorsing Monroe’s stance, requested the talk and were eager to hear more about it.”

This somewhat fits with what NFL Commissioner Roger Goodell said in February regarding the league’s stance on marijuana as a medical alternative. He indicated then that the powers to be in New York City will continually review their drug policy.

Though, the commissioner also made sure to note that there was internal research indicating that marijuana had not yet proven to be a successful alternative within the realm of professional football.

For his part, Monroe has been an outspoken advocate of using the banned substance to help treat concussions and other brain-related conditions pertaining to hits to the head on the football field.

Marijuana itself is legal for medicinal use in 24 states. Votes on the use of the substance for either medical or recreational use will be on the November ballot in another 12 states, including full legalization in California.

As of right now, marijuana is legal in two states in which the NFL has teams (Colorado and Washington).

Though, the question here is not about recreational use. That’s unlikely to be accepted within the NFL at any point soon.

Instead, it’s all about the ability of players to use this as an alternative to other drugs that do more harm to the body.

The rampant use of opioids within American society has been a growing problem in recent years. Now add in the fact that it’s part of the mainstream drug culture within the NFL, and the stance of those who support cannabis as an alternative makes a ton of sense.

It will be interesting to see just how the NFL decides to move forward on this front. Like many different aspects of the league, it’s behind the times on this topic. Maybe that will change soon.