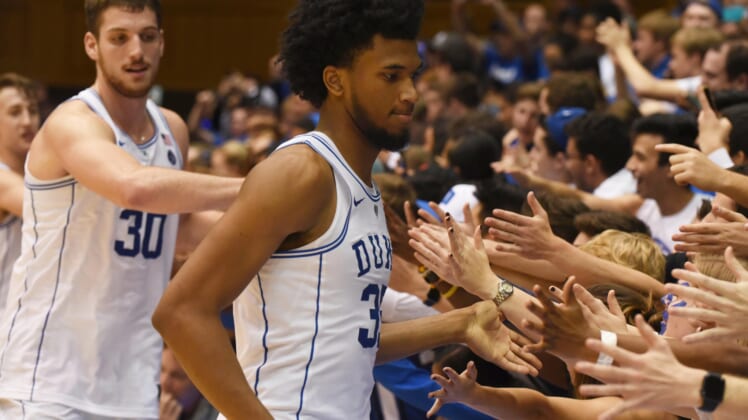 When the Kansas Jayhawks eliminated the Duke Blue Devils from the 2018 NCAA tournament, Marvin Bagley III likely walked off the court for the final time as a college basketball player.

Jeff Goodman of ESPN reports multiple sources have said the standout forward will declare for the 2018 NBA draft.

For his part, following the loss to Kansas, Bagley said he wasn’t ready to focus on that decision quite yet.

“I’m not even thinking about it right now. This loss is tough, especially playing in a big tournament like this. This is all that’s on my mind right now. Whatever happens after this, we’ll see. We’ll sit down [to] talk about it and take it day by day.”

Bagley averaged 21 points and 11.1 rebounds during his freshman year at Duke, setting multiple program records along the way. He totaled 694 points and 366 rebounds, notching 22 double-doubles in a great season.

Despite his glaring flaws as a defender, Bagley is widely projected as a top-five pick in the upcoming draft. His ability to stretch the floor on offense while providing an elite above-the-rim presence is special.

The basketball world knows what decision to expect from Bagley about the draft, even if he’s taking a moment to officially announce.