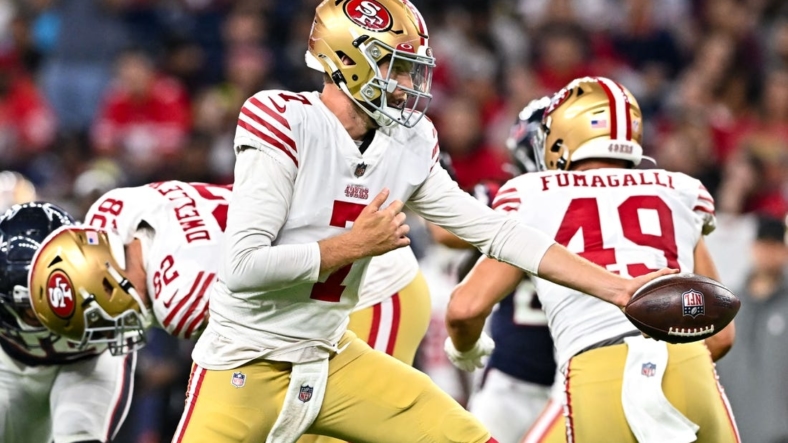 The Detroit Lions will look to the waiver wire to find a backup to quarterback Jared Goff.

After cutting Tim Boyle on Tuesday, ESPN reported that David Blough would be released on Wednesday.

The Lions are targeting former San Francisco 49ers backup Nate Sudfeld to fill the QB2 role, per the report.

Lions coach Dan Campbell said he got “clarity” on the team’s signal-caller situation during a 19-9 preseason loss to the Pittsburgh Steelers on Sunday. Blough and Boyle were a combined 22 of 47 for 201 yards with one TD and one pick.

Detroit could face competition from multiple teams scouring the waiver wire for options at quarterback. The Dallas Cowboys kept only one — starter Dak Prescott — in their initial roster reduction to 53 players on Tuesday.

Cooper Rush or Will Grier, waived on Tuesday, could be back with the Cowboys this week with rules permitting players to go from the 53-man roster to IR or physically unable to perform list starting Wednesday.