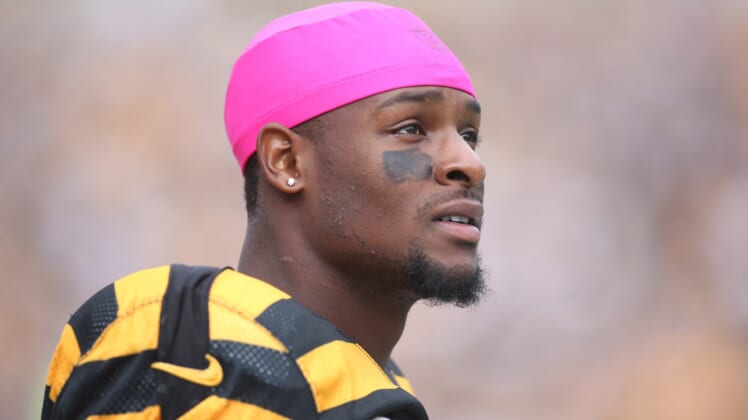 When the Pittsburgh Steelers had their conditioning run Thursday, Le’Veon Bell was nowhere to be found. According to one report, that’s not going to change any time soon.

The #Steelers had their conditioning run at 4 pm & RB Le'Veon Bell is nowhere to be found. Expected to be away from camp several weeks.

While his teammates give impassioned pleas for Bell to return to the fold, Bell really doesn’t have a good reason from his perspective to be in camp right now. A player who’s been injured an awful lot in his career, he’s likely thinking it’s not worth it to risk injury during camp when he only has a one-year deal available to him.

Though, that’s the selfish perspective.

His teammates, including Antonio Brown (who knows a thing or two about waiting for a big deal) want to see him in the worst way and have quite a different take. They know their championship window is minuscule right now because Ben Roethlisberger might be playing out his final season.

It’s going to be interesting to see how this all plays out. When Bell does arrive, he’ll sign his $12.12 million franchise tender and hopefully be on his merry way. Though, if it doesn’t all play out like sunshine and roses, things could get explosive in Pittsburgh.