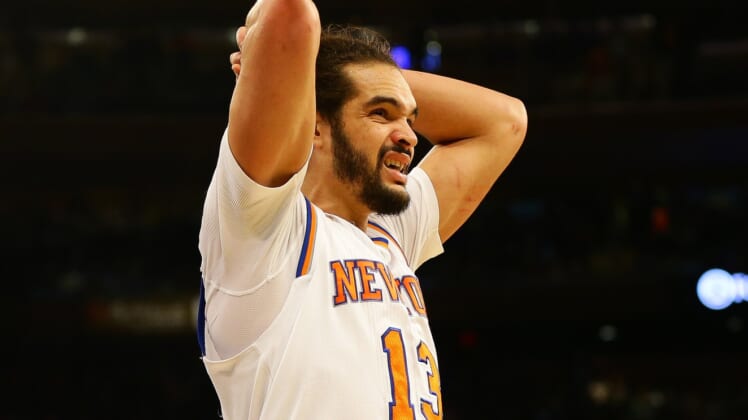 Unless the New York Knicks somehow find a way to unload Joakim Noah in a trade (yeah, that’s not happening) the two sides have reportedly agreed to an indefinite leave of absence following a clash between the overpaid center and head coach Jeff Hornacek last week.

“The Knicks and Noah’s representation discussed his status on Wednesday and agreed that Noah would stay away from the team until the front office can exhaust any trade possibilities between now and the deadline, league sources told ESPN’s Adrian Wojnarowski,” wrote Ian Begley of ESPN.

New York is doing everything it can to trade Noah, including offering a first-round pick to unload him. But given his exorbitant salary and the fact that Noah is a shell of his former self on the court, this seems like a lost cause. If the team cannot trade him, it’s unclear how it will proceed, as Noah reportedly has no interest in a buyout.

Before his unceremonious exit last week, Noah had managed to get into just seven games all year.