Report: Jets will try to trade Le’Veon Bell after this season 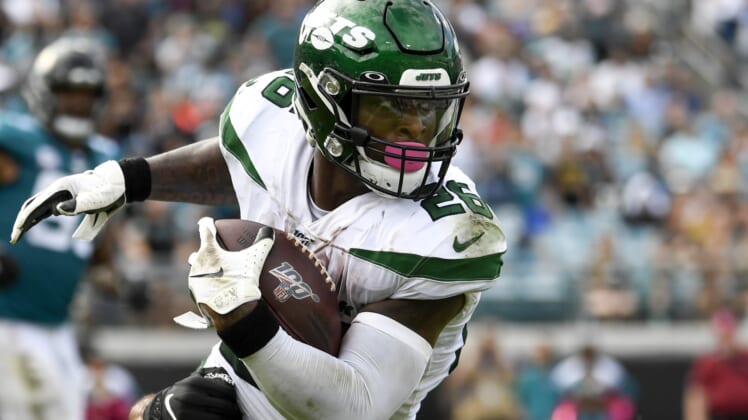 Le’Veon Bell appears to be headed to another team soon, as the New York Jets will reportedly look to trade the star running back after the season.

Manish Mehta of the New York Daily News shared (on Twitter) that the Jets will “have to get creative and absorb some of his salary” but that the team will “look to trade him in the offseason.”

It’s been a frustrating past two seasons for the former Pittsburgh Steelers star. He skipped the entire 2018 campaign due to a contract impasse with Pittsburgh, then signed a four-year, $52.5 million deal with the Jets that didn’t include as much guaranteed money as he was hoping to land.

This season, appearing in 12 games so far, Bell has tallied just 589 yards on the ground and is averaging a career-low 3.2 yards per carry. He was ruled out of Sunday’s game against Miami due to an illness.

This isn’t the first time Bell’s name has popped up in trade rumors. Remember, ahead of the 2019 NFL trade deadline, New York was reportedly working hard to unload him. We’re going to be keeping a close eye on this throughout the offseason.