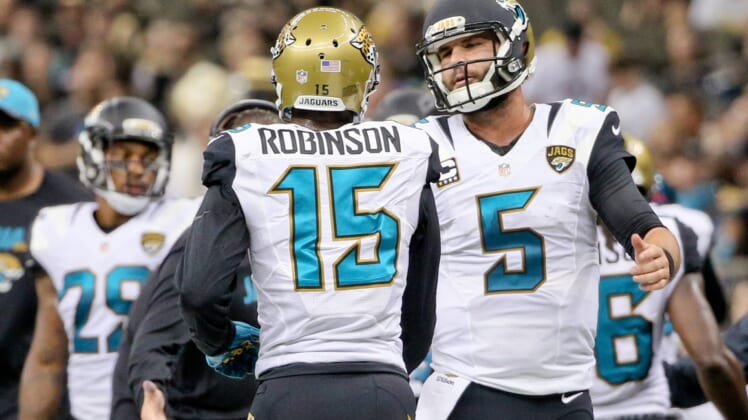 This is not the way Jacksonville Jaguars wide receiver Allen Robinson wanted to start his contract season. Sure his Jaguars blew out the Houston Texans in an impressive manner on Sunday, but Robinson was not a part of it.

The former Pro Bowl receiver suffered a knee injury on a non-contact play following his first reception of the game in the first quarter. He was immediately ruled out for the remainder of the afternoon.

There are no further updates on the extent of the injury, but it likely includes ligament damage. If so, it’s possible Robinson would be lost for the remainder of the season.

The former second-round pick put up a break out performance in 2015, tallying 80 receptions for 1,400 yards and a league-leading 14 touchdowns. And while he did struggle last season, Robinson is still Blake Bortles’ No. 1 receiver.