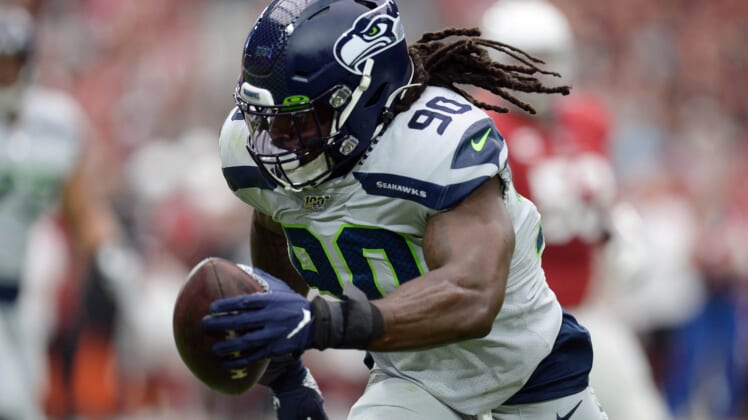 The market for Jadeveon Clowney has not been as robust as some expected, and now we have a good understanding about why that’s happening.

ESPN’s Dianna Russini shared Wednesday evening that Clowney is looking for about $20 million per year, noting “interested teams aren’t coming up that high as of now.”

She also wrote that “teams don’t want to pay more than $5 million more than the franchise tag” for his services.

Given the fact that Matthew Judon, Bud Dupree, Shaquil Barrett and Yannick Ngakoue all were hit with the tag, and that at least Barrett and Ngakoue could be considered better options than Clowney, this isn’t all that surprising at this point in the proceedings.

There’s been talk that Clowney could end up back in Seattle. However, the Seahawks brought back Bruce Irvin, Clowney’s chances may be running out to earn the big payday he was hoping for.