Report: Increased pessimism in MLB for 2020 season due to COVID-19 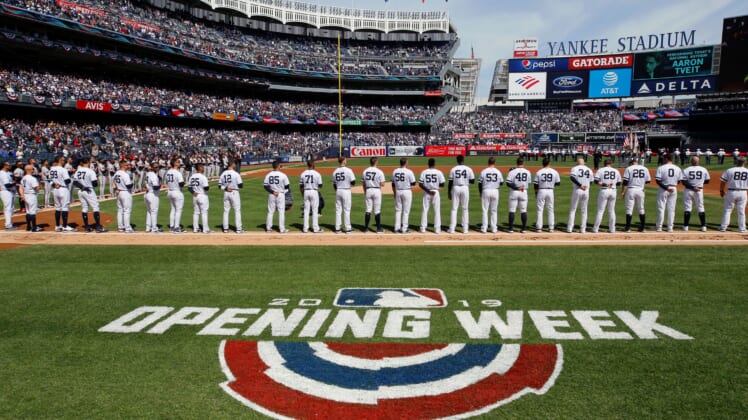 While MLB and its players agreed to a deal on a reshaped 2020 season this past week, there is now increasing pessimism among those in MLB that a season will be played at all in 2020.

According to The Athletic’s Andy McCullough, several MLB scouts, analysts and player-development staff have expressed doubt regarding the possibility of baseball being played this year due to the COVID-19 pandemic.

MLB is reportedly still just in the early stages of discussing how it would create protocols to ensure the safety of players and staff if baseball returns this year. Among the preliminary discussions, the league would reportedly require a stockpile of COVID-19 testing kits and a prepared treatment plan for personnel that test positive.

Even the initial plan runs into problems given the shortage of testing kits and medical resources available across the entire country. At a time when New York needs to build more hospitals to account for the rapid increase in patients and hospitals nationwide are dealing with shortages of necessary equipment, MLB’s potential request would come at the worst possible time.

When MLB first suspended the start of the 2020 season on March 12, it was a two-week suspension. The potential start was pushed back to May just days later with players and league officials just hopeful the season might start in June.

MLB was already preparing for a shortened season that could start in July, but the agreement with players outlined what would happen in a worst-case scenario. As the COVID-19 pandemic worsens, it appears increasingly likely that we won’t see baseball in 2020.