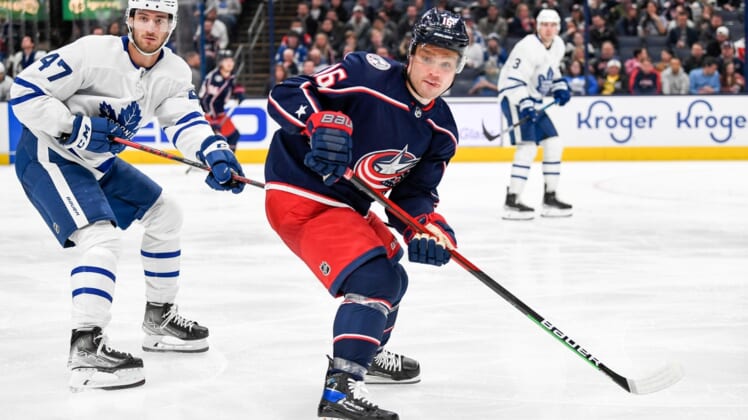 Domi, the 12th overall pick in the 2013 NHL Draft, will head to his fourth team in seven years.

Domi, 27, recorded nine goals and 23 assists in 53 games for Columbus this season. The Blue Jackets landed him in a trade with the Montreal Canadiens just before the start of the 2020-21 season.

Carolina added Domi as it tries to land the top playoff seed in the Eastern Conference. The Hurricanes, with 88 points, entered Monday with a narrow three-point lead over the New York Rangers and Pittsburgh Penguins in their division while just two points behind the Florida Panthers for the best record in the East.

Hreschuk is a left-handed defenseman currently playing at Boston College. Carolina selected him in the third round (94th overall) in the 2021 draft.