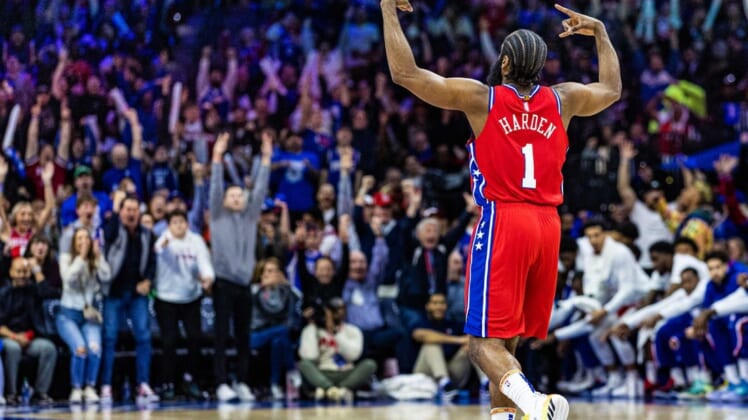 The deal features a player option on the second year of the contract worth $35.6 million. If Harden rejects the option, he will become a free agent following the 2022-23 season.

Harden had previously rejected a one-year, $47.3 million option for next season, making him a free agent.

The 10-time All-Star spent the final two-plus months of last season with the 76ers after being traded from the Brooklyn Nets in February, along with Paul Millsap. In 21 regular-season games with Philadelphia, all of which were starts, he averaged 21.0 points, 7.1 rebounds and 10.5 assists while shooting 40.2 percent from the field and 32.6 percent from 3-point range.

Harden, 32, spent time with the Oklahoma City Thunder and Houston Rockets before his stints with the Nets and 76ers. He has appeared in 942 games (728 starts) across 13 seasons and is averaging 24.9 points, 5.6 rebounds and 6.8 assists.

During his time with the Rockets, he was the league’s scoring champion three seasons in a row (2018-20) and was also named MVP following the 2017-18 season.