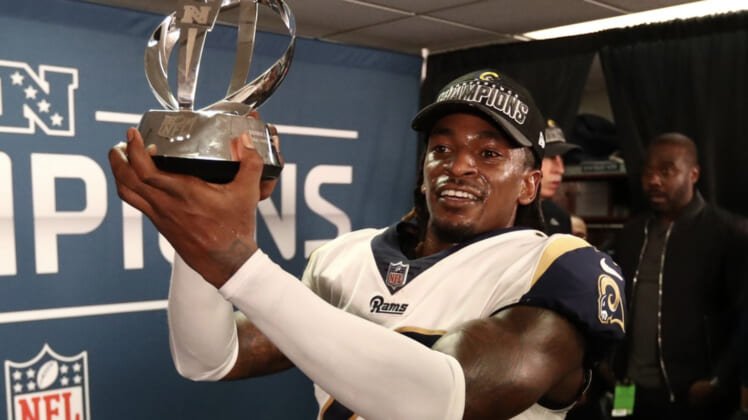 The Philadelphia Eagles just got a heck of a lot better on defense after cornerback Nickell Robey-Coleman agreed to a one-year deal with the franchise.

ESPN’s Josina Anderson shared that Robey-Coleman texted her with this news.

One of the best slot cornerbacks in the NFL, Robey-Coleman will instantly upgrade the Eagles’ secondary.

This signing is a two-fold win for the franchise: In today’s game, that position is more important than ever before, and Philly was desperate to land an impact playmaker to its defense this offseason.

Robey-Coleman played the last three seasons with the Los Angeles Rams before starting his career in Buffalo, where he played four seasons. Throughout his tenure as a professional, he’s broken up 48 passes, intercepted six more, forced five fumbles, recovered five fumbles, and logged five sacks.

Just a tremendous addition to Philadelphia’s defense, and it’s even more stunning that the Eagles got him on a one-year deal.