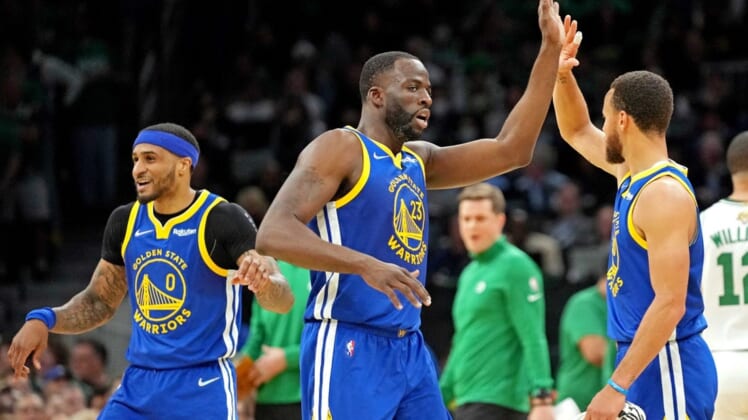 Power forward Draymond Green is seeking a maximum contract extension from the Golden State Warriors, however The Athletic reported Wednesday that the team has “no plans” to accommodate him.

Green, who is seeking a four-year deal when he’s eligible for a new contract on Aug. 3, is set to be paid $25.8 million and $27.58 million over the next two seasons. The four-time All-Star could opt out of his deal for the 2023-24 campaign and become an unrestricted free agent next summer.

While Green would like to remain with the Warriors, The Athletic reported the 32-year-old is “willing to explore his outside options to get the kind of contract he wants.”

To boot, Golden State forward Andrew Wiggins and guards Klay Thompson and Jordan Poole are in line for new contracts in the relatively near future. Should the Warriors look to pay all parties, it could get rather pricey in terms of luxury taxes.