Report: Cowboys’ players, coaches have not been informed on any HC change 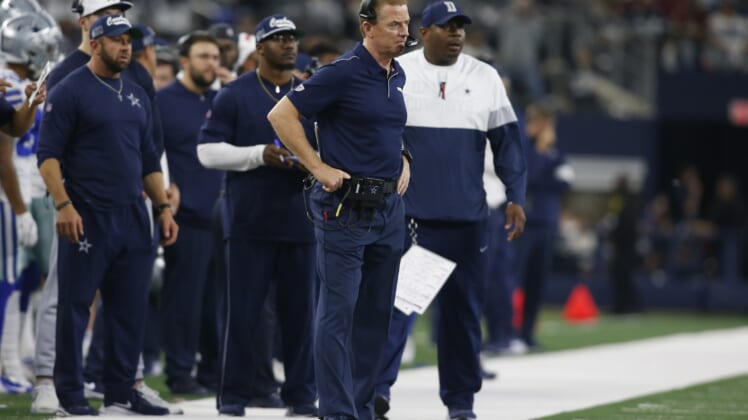 A night after the Dallas Cowboys reportedly decided to move on from Jason Garrett, it now appears the team’s coaching staff and players have not been made aware of any changes at head coach.

According to NFL Network’s Jane Slater, players and assistant coaches said Jerry Jones and Dallas’ front office haven’t made any indication that Garrett is no longer the team’s head coach.

It remains baffling that the organization has let this drama unfold for so long. Garrett was widely expected to be fired at the end of the regular season after another disappointing year, but he remains with the team as of Friday morning.

The longer the Cowboys wait to make the official announcement and part ways with Garrett, the more likely it is that top candidates will land head coaching jobs elsewhere.

The Cleveland Browns and Carolina Panthers each interviewed multiple candidates. Meanwhile, the Washington Redskins already hired Ron Rivera and the New York Giants are moving forward with their search to replace Pat Shurmur.