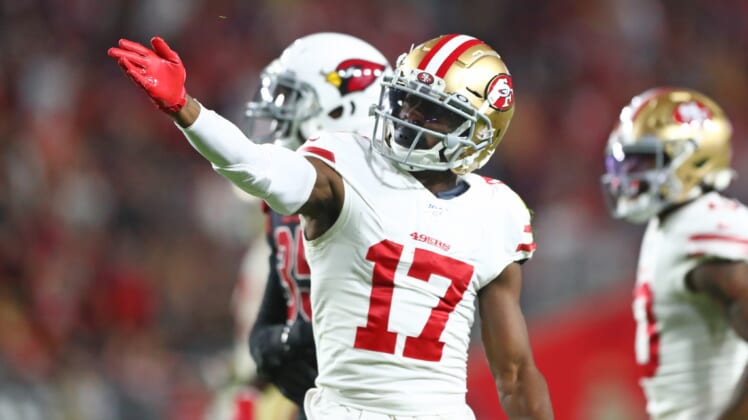 The Dallas Cowboys are looking to surround Dak Prescott with even more help next season and reportedly have interest in Pro Bowl receiver Emmanuel Sanders, per NFL Network’s Jane Slater. Better yet for the Cowboys, the interest is mutual with Sanders.

Sanders, who grew up in Texas, trains in Dallas during the offseason and is reportedly interested in staying there for the 2020 season.

The 33-year-old receiver is coming off a 2019 season that saw him haul in 66 catches for 869 receiving yards with five touchdowns. Uniquely, Sanders played in 20 games this year after being traded from the Denver Broncos to the San Francisco 49ers during a bye week.

The Cowboys re-signed Amari Cooper on Monday and fellow receiver Michael Gallup is coming off a breakout season with 1,107 receiving yards. But this is a team in win-now mode and the opportunity to add a two-time Pro Bowl selection to this offense is intriguing to the Cowboys.

Sanders will generate plenty of interest in free agency and could land one more sizable contract. The chance to stay at home and compete for a Super Bowl with the Cowboys, after falling just short with the 49ers, might be even more attractive to the veteran receiver.