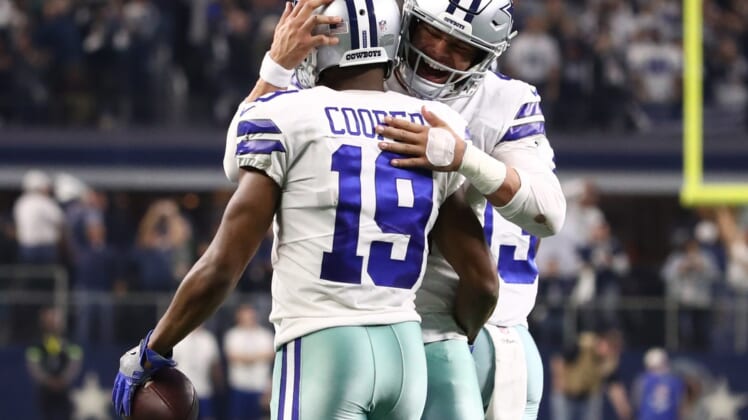 The Dallas Cowboys have long been expected to place the franchise tag this offseason, but that might not be the certainty that many thought.

According to Pro Football Rumor’s Tony Pauline, the Cowboys are considering placing the franchise tag on wide receiver Amari Cooper instead of Prescott.

The report is particularly surprising given the Cowboys haven’t discussed a new contract with Prescott since September. While both sides have expressed confidence that a deal will get done, it would be a risk for Dallas not to place the franchise tag on its franchise quarterback.

However, the organization badly wants to re-sign Cooper after trading a first-round pick for him two seasons ago. Keeping Prescott’s go-to receiver would also be a sign to the quarterback that they are committed to building around him.

The Cowboys currently have the option of using both the franchise tag and the transition tag, but that would be gone if a new CBA is signed before March 18. Under the transition tag, Cooper or Prescott could receive an offer sheet from another NFL team but the Cowboys would be allowed to match it within five days. However, they would not receive any draft-pick compensation if they declined to match the offer.

Ultimately, Dallas will need to make some very tough decisions this offseason. The organization is already expected to lose Byron Jones, so they can’t afford to let either of their offensive stars walk.