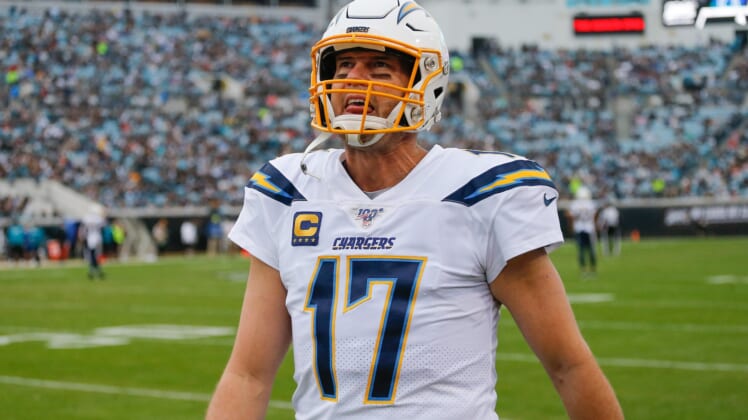 News around the NFL is coming in hot and heavy as the league’s free-agent tampering period starts. That now reportedly includes the Indianapolis Colts looking to upgrade at quarterback.

According to NFL Media’s Ian Rapoport, the Colts are in conversations with 38-year-old free-agent quarterback Philip Rivers.

In no way should this come as too much of a surprise. Rivers has been linked to Indy on a near never-ending loop since it was announced he was not going to return to the Los Angeles Chargers. In turn, the Colts are not happy with current starter Jacoby Brissett after he struggled replacing the retired Andrew Luck last season.

An eight-time Pro Bowl performer, Rivers is coming off a career-worst season that saw him throw 23 touchdowns compared to 20 interceptions. He is one year removed from throwing for north of 4,300 yards with 32 touchdowns and 12 interceptions.