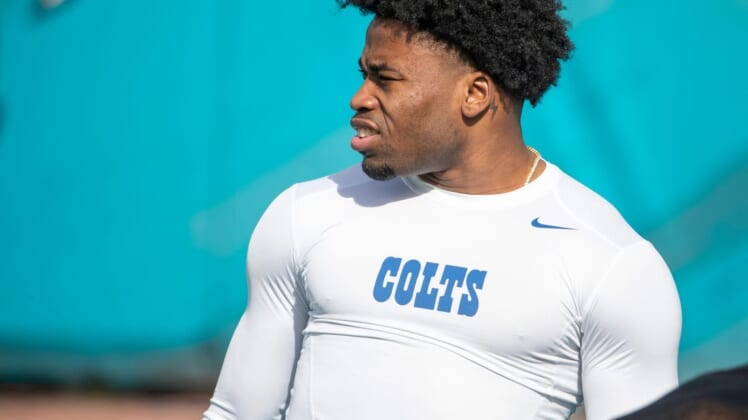 Indianapolis Colts cornerback Kenny Moore is unhappy with his contract and not participating in OTA practices, the Indianapolis Star reported Wednesday.

The practices are voluntary, meaning Moore cannot be fined for staying away.

His average salary of $8.325 million ranks 27th among NFL cornerbacks, according to overthecap.com.

Undrafted in 2017, Moore has registered 14 interceptions, four forced fumbles and seven sacks in 75 games (61 starts) with the Colts.