Report: Clyde Edwards-Helaire one of two LSU players being questioned about fatal shooting 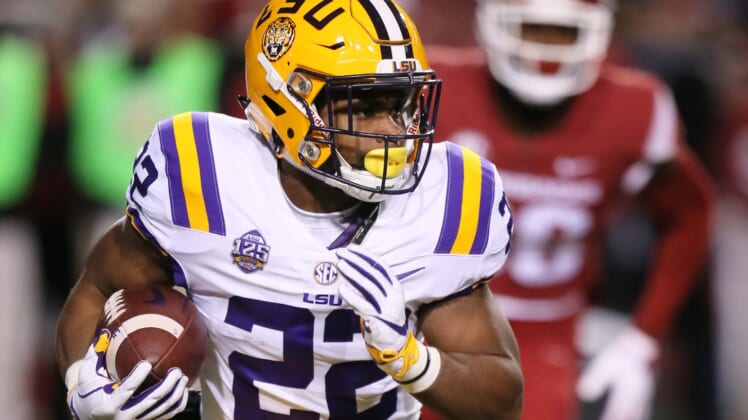 Two LSU athletes, including running back Clyde Edwards-Helaire, are being questioned by police after a fatal shooting in Scotlandville on Saturday.

According to The Advocate, Edwards-Helaire and another LSU player were in a truck when another unidentified passenger was fatally shot in the back seat.

According to the report, the LSU athletes called police after the shooting and remained on scene upon arrival of Baton Rouge police officers.

The two players remain in police custody for further questioning but they have not been arrested, per the report.

Edwards-Helaire was a four-star recruit out of Baton Rouge in the 2017 recruiting class. He played a significant role for the Tigers this season 626 rushing yards and seven rushing touchdowns on 136 carries this season.