Report: Clippers to sign Joakim Noah for remainder of season 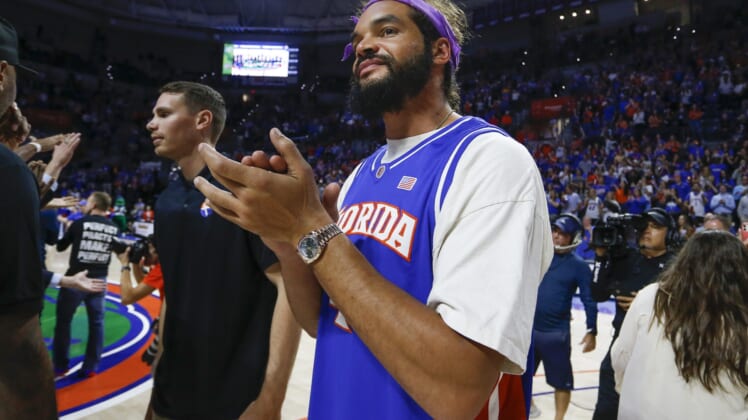 As the Los Angeles Clippers prepare for the NBA’s return in Orlando, they’ll reportedly be bringing along additional reinforcements with plans to re-sign Joakim Noah for the remainder of the season.

The Clippers originally signed Noah, a two-time All-Star on March 9, to a 10-day deal just days before the NBA suspended operations indefinitely due to the COVID-19 pandemic. The 35-year-old only spent a few days with the team before the season indefinitely ended.

Now, per The Athletic’s Shams Charania, Noah is expected to sign a new contract with the Clippers for the remainder of the 2019-’20 season.

Noah last played for the Memphis Grizzlies during the 2018-’19 season. Across 42 games in Memphis, he averaged 7.1 points, 5.7 rebounds and 2.1 assists per game coming off the bench.

The NBA’s Defensive Player of the Year in 2014, Noah will bring some added playoff experience to the locker room. He appeared in 60 playoff games with the Chicago Bulls, averaging 9.7 points, 11 rebounds and 1.8 blocks per game.