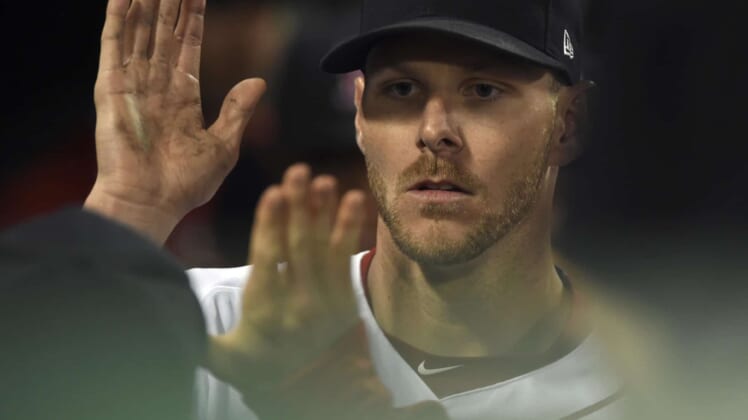 After a lengthy absence on the disabled list, Boston Red Sox starting pitcher Chris Sale will return to the mound as the team’s “opener’ on Tuesday.

According to Peter Abraham of The Boston Globe, Sale is expected to pitch two innings or a maximum of 40 pitches in his return against the Toronto Blue Jays.

Some #RedSox news:
Dustin Pedroia will not return this season. Sox also revealed he had further surgery at the end of July … Chris Sale will be the “opener” on Tuesday. Two innings and 40 pitches maximum. He will build up an inning at a time every 5 days there from there.

Boston placed Sale on the disabled list for the second time with shoulder inflammation in August. He recently expressed optimism about a potential return in the near future and now appears on the verge of a return.

If Sale finishes Tuesday’s game without any setbacks in the following days, he will then reportedly build up an inning at a time every five days. The plan would put Sale at five innings in his last start of the regular season.

The 29-year-old will return to a 1.97 ERA, 0.85 WHIP and 219 strikeouts in 146 innings this season. If he is completely healthy for the postseason, Boston’s odds of winning the World Series will skyrocket even more.