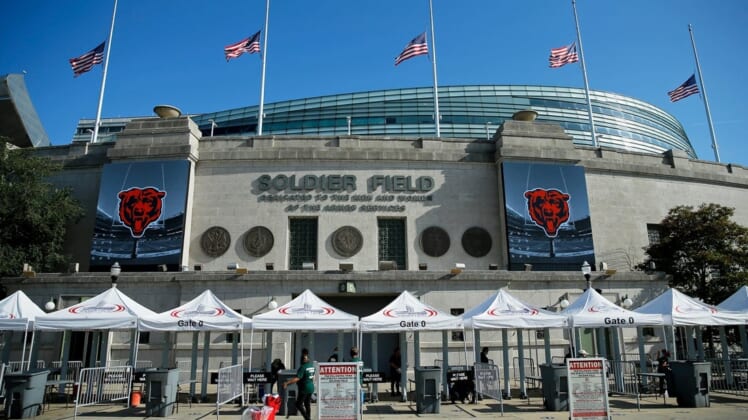 A city committee is likely to convene in Chicago soon to explore the possibility of putting a dome on Soldier Field, Crain’s Chicago Business reported.

A dome could make the nearly century-old stadium more desirable for the Chicago Bears and other potential users, if it is economically and architecturally viable. The Bears signed a purchase agreement for Arlington International Racecourse in Arlington Heights, Ill., and could build a stadium complex there.

Mayor Lori Lightfoot said in February that adding a dome could be considered as part of the work done by her Lakefront Museum Campus Working Group, which is reimaging the area around Soldier Field.

Crain’s said a draft of a soon-to-be-released report prepared by the group said a dome could cost anywhere from $400 million to $1.5 billion and likely would require public financial assistance.

In addition to a dome, the city could consider a variety of structural changes to Soldier Field, including “substantially rebuilding” parts of the stadium, per Crain’s. Selling naming rights also could be under consideration.

“We’re going to continue to do everything we can to keep the Bears in Chicago,” Lightfoot said in an interview on WSCR-AM 670 in February. “We’re working on some plans to present to them that I think will make a very, very compelling financial case as to why it makes an abundance of sense for them to stay in Chicago.”

Soldier Field is owned by the Chicago Park District. With 61,500 fans, it has the lowest capacity in the NFL.

It opened in 1924. The next-oldest stadium in the league is Lambeau Field in Green Bay, which dates to 1957.