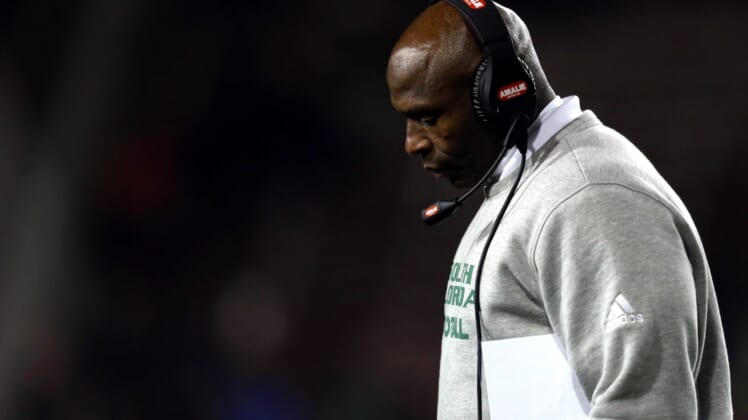 Charlie Strong is purging his program at South Florida, reportedly set to dismiss 11 of his players and up to four assistant coaches heading into 2019.

Following his team’s loss to Marshall in the Bad Boy Mowers Gasparilla Bowl, Strong promised to “clean up this whole program.”

“Very disappointing,” Strong said in a Raymond James hallway after the game, per Tampa Bay Times’ Martin Fennelly . “We don’t like it. I’m telling you right now, we’re going to clean up this whole program. A lot of guys will be leaving. We need a good washing.”

On Saturday morning, some specifics emerged about exactly how deep this purge is going to run.

Strong had suspended 11 players before the bowl game, and none of them are expected to return, per the report.

The coaches reportedly set to be let go were not identified in the report.

The Bulls got their 2018 season started with a bang, winning their first seven games. They would not win again the rest of the way. Needless to say, Strong felt the need to make sweeping changes.