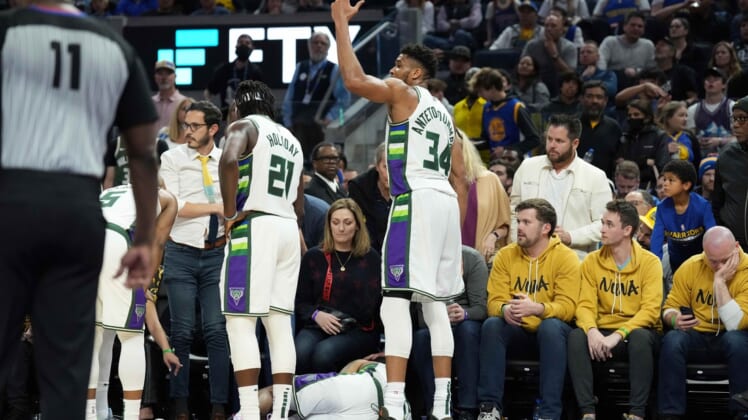 The Milwaukee Bucks fear swingman DeAndre’ Bembry will miss the rest of the season with a right knee injury, ESPN reported Sunday.

Bembry was scheduled to have an MRI on Sunday after getting hurt in the third quarter of Saturday night’s 122-109 loss to the Golden State Warriors in San Francisco. He had to be helped off the court.

Bembry, 27, was playing in his eighth game with the Bucks since signing as a free agent on Feb. 16. He was waived by the Brooklyn Nets on Feb. 10 after 48 games (20 starts) this season.