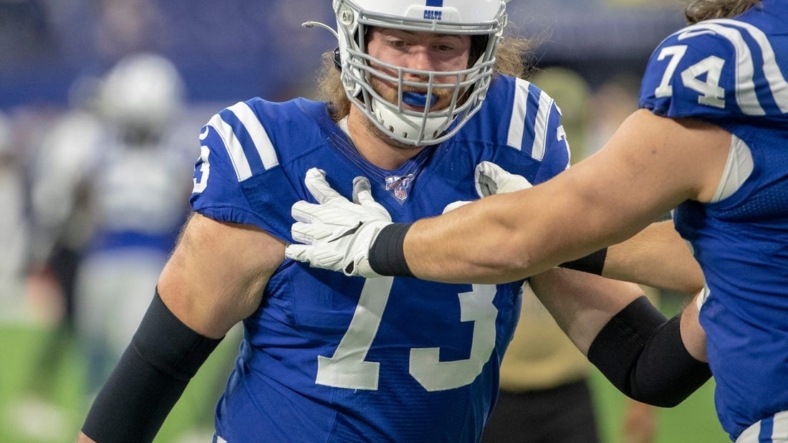 Haeg started two of his 12 games last season with the Pittsburgh Steelers, who released him Tuesday.