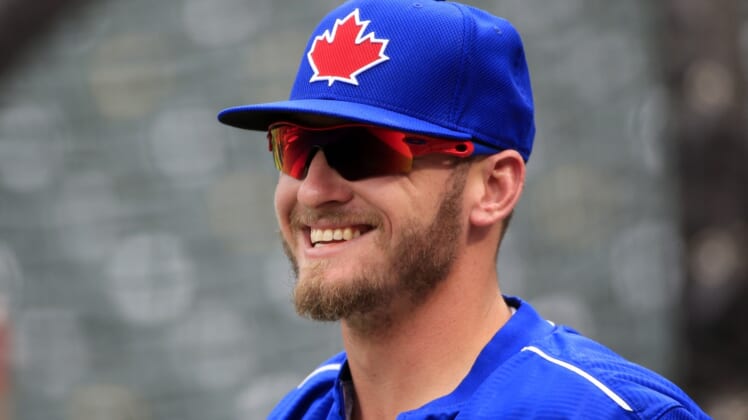 The Atlanta Braves are making waves in free agency to start the week. Fresh of reports indicating the team has signed seven-time All-star catcher Brian McCann, comes this piece of information from Ken Rosenthal of The Athletic.

According to the MLB insider, Atlanta has signed former AL MVP third baseman Josh Donaldson to a one-year, $23 million contract.

Donaldson in agreement with #Braves on one-year, $23M free-agent contract, sources tell The Athletic. Deal is pending a physical.

Donaldson, 32, was likely looking at a more lucrative long-term deal prior to an injury-plagued 2018 campaign with the Toronto Blue Jays and Cleveland Indians. A three-time All-Star, he played in a combined 52 games, hitting .246 with eight homers and 23 RBI.

Prior to that, Donaldson was considered the best third baseman in the game. Back in 2015, he hit .297 with 41 homers and 123 RBI en route to earning the AL MVP with the Blue Jays.

Given that Atlanta has impressive youngster Johan Camargo on the roster, it’s highly likely that the team will switch things up in the infield. Camargo started games at second and short last season.