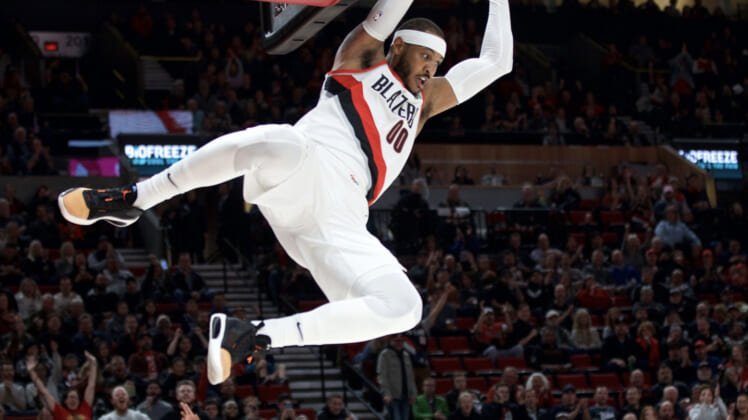 According to ESPN’s Adrian Wojnarowski, Portland has decided to guarantee Anthony’s contract for the remainder of the season.

After failing to find a team for the first month-plus of the season, Anthony latched on with Portland on a non-guaranteed one-year, $2.16 million deal. That’s now fully guaranteed.

Having earned nearly $250 million throughout his career, this is a drop in the bucket for Anthony. But it must feel good to be wanted after no team expressed much interest in the veteran.

Anthony, 35, is averaging 16.9 points and 5.9 rebounds on 45% shooting from the field in eight games with Portland this season.