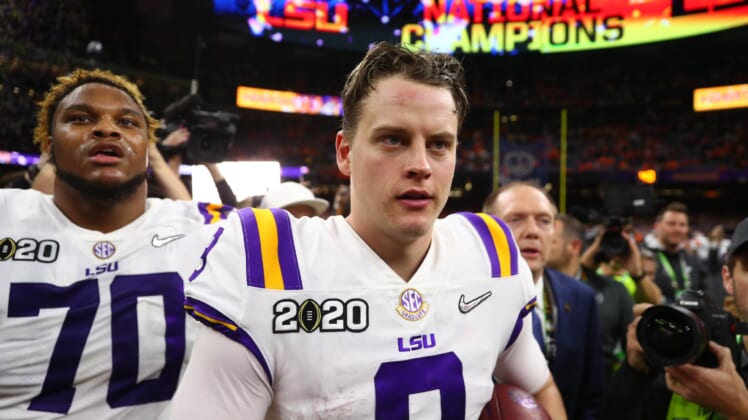 The Cincinnati Bengals own the top pick and are already talking up Joe Burrow, but could another team swoop in and make a blockbuster trade for that selection?

Given the dearth of legitimately elite quarterback talent in the NFL, many teams would love to have the chance to draft Burrow.

In his latest mailbag, famed NFL insider Jay Glazer of The Athletic was asked if that pick could potentially be traded. Here’s what he wrote in response:

One team that probably wouldn’t make this move is the Miami Dolphins. They are reportedly infatuated with another top quarterback in this draft and could trade up to as high as second overall to land him.

So, which teams could potentially offer up the farm for Burrow?

One springs immediately to mind, and it’s a team that’s already been rumored to be hot for the LSU quarterback. With Philip Rivers potentially having played his last game for the Los Angeles Chargers, the franchise could make a bold move to secure its future.

If the Carolina Panthers really are going to trade Cam Newton, as it’s been reported, then they’d be a very intriguing team in this scenario. With Matt Rhule on board, teaming him and his staff with Burrow would supercharge the rebuild.

A potential wild card could be the Indianapolis Colts, who had one of the best quarterbacks in the game until Andrew Luck stunned the league with his retirement last year.