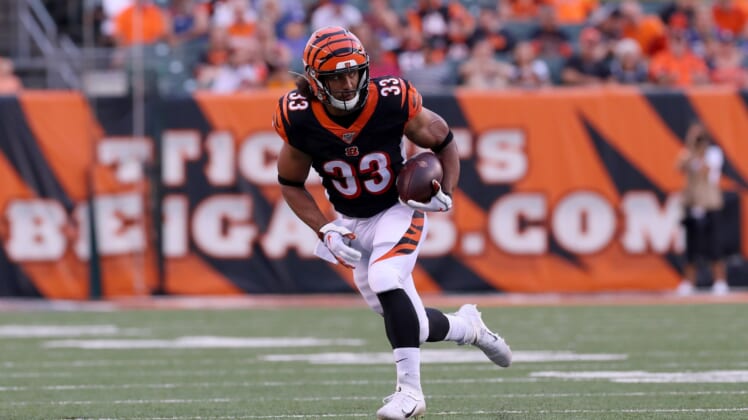 A season after he suffered a torn ACL in his final collegiate season, Cincinnati Bengals rookie running back Rodney Anderson reportedly suffered another devastating knee injury on Thursday.

According to NFL Network’s Tom Pelissero, Cincinnati believes Anderson suffered a torn ACL in the same knee during the team’s final preseason game against the Indianapolis Colts.

It would be a crushing blow for the 22-year-old after he fought his way back from the same injury at the start of his breakout junior season. Anderson just came off the physically unable to perform (PUP) list on Aug. 7 and had a chance to win the No. 3 role in Cincinnati’s backfield.

Now he’s likely going to begin his NFL career on the injured reserve list and his long-term future will become more of a question. Medical red flags dropped Anderson to the sixth-round in the 2019 NFL Draft and now it’s unfortunately come back to hurt him even more.