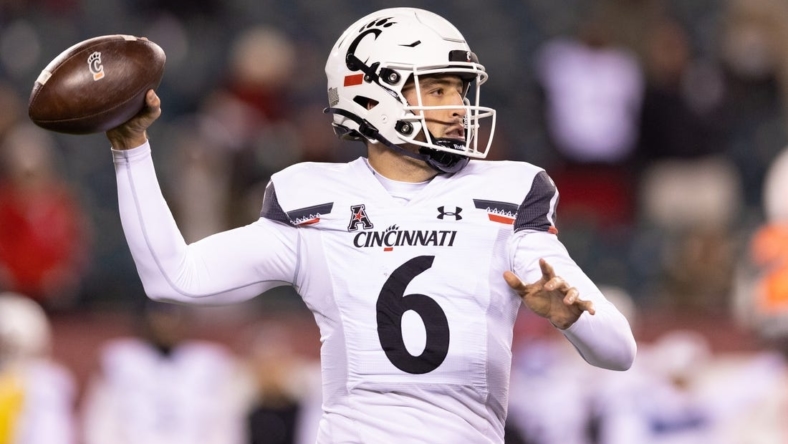 Cincinnati starting quarterback Ben Bryant will miss the rest of the season with a foot injury, ESPN reported Friday.

Evan Prater will make his first career start on Friday afternoon when the No. 24 Bearcats host No. 19 Tulane.

Both teams are 6-1 in the American Athletic Conference. Cincinnati would host the AAC title game with a win, but a loss combined with a UCF win against South Florida would knock the Bearcats out of the picture.

Bryant left last weekend’s 23-3 victory at Temple in the first half and was wearing a boot on his right foot during the second half.

The Eastern Michigan transfer completed 61.2 percent of his passes for 2,732 yards with 21 touchdowns and seven interceptions in 11 starts this season.

Prater, a redshirt sophomore and former ESPN 300 recruit, was Ohio’s Mr. Football in 2019. He has completed 18 of 25 passes for 238 yards and has rushed for 113 yards and one touchdown this season.