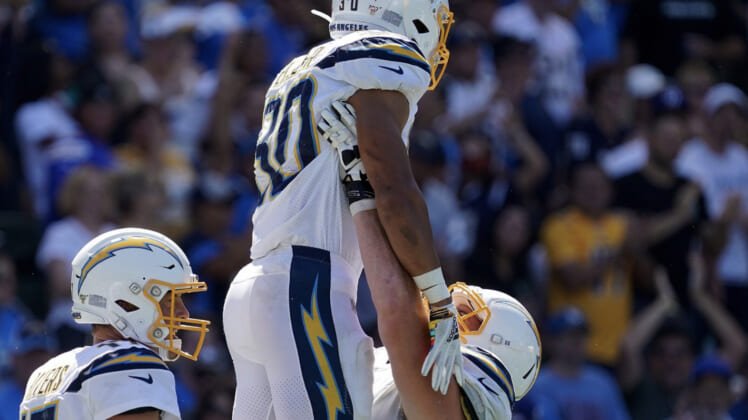 One of the most underrated running backs in the NFL is finally getting paid. The Los Angeles Chargers and Austin Ekeler have reportedly come to an agreement on a four-year, $24.5 million contract that includes $15 million guaranteed, per ESPN’s Adam Schefter.

Ekeler is a former undrafted free agent out of Western State Colorado who has developed into one of the most dangerous pass-catching running back in the league.

In three seasons as a pro, he’s racked up 3,047 yards and 22 touchdowns from scrimmage. Last season, he caught 92 passes for 993 yards and eight touchdowns, becoming one of the most coveted fantasy football players out there.