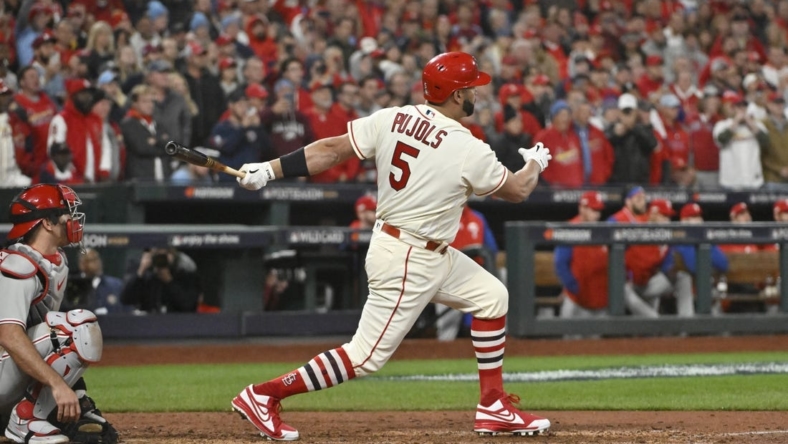 A stellar second half of the 2022 season didn’t convince Albert Pujols to return for an encore performance next year.

The St. Louis Cardinals slugger officially signed his retirement papers from Major League Baseball on Monday, MLB.com reported, following through on his previously announced decision to end his 22-year-career.

The active leader in both categories now is Miguel Cabrera of the Detroit Tigers, with 507 homers and 1,847 RBIs.

Pujols put up huge numbers following the All-Star break and helped the Cardinals win the National League Central. They were eliminated by the Philadelphia Phillies in the wild-card round.

He played with the Cardinals from 2001-11 and won two World Series titles there. He signed a free-agent deal with the Los Angeles Angels in 2012 and was released in 2021, then picked up by the Dodgers. He returned to St. Louis on a one-year contract this spring.

Pujols is eligible for election to the Baseball Hall of Fame in 2028.