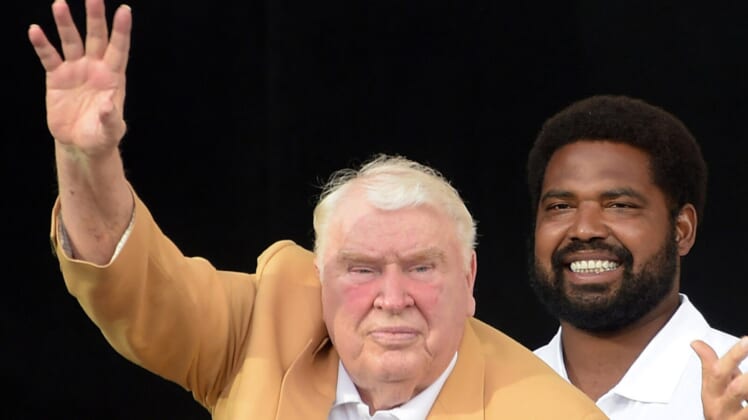 John Madden could reach a wide-ranging spectrum of NFL fans whether you knew the X’s and O’s or casually watched the game for entertainment—a sustainable impression that will resonate far beyond his death Tuesday.

Madden had a way of relating to everyone, which undoubtedly played a factor in his success as a head coach to players of different walks of life, broadcaster to millions and the voice speaking to kids and adults who would “Ask Madden” before running a play on their video games.

Raiders fans who watched the team from 1969 through 1978 can speak proudly about the franchise’s years under John Madden’s tutelage. He talked about three simple coaching rules in his interviews:

-Play hard when asked to do so

Madden’s coaching style and acumen propelled the Raiders to the top. With him, the Silver and Black had been a perennial playoff contender and won its first Super Bowl in a 32-14 win over the Minnesota Vikings.

After coaching the Raiders for a decade, John Madden retired with a sparkling 103-32-7 record, which is the highest win percentage (.759) among head coaches with at least 100 games. He set the example for Al Davis’ motto, a commitment to excellence.

Owner Mark Davis lit the torch in honor of Madden with a profound statement Tuesday.

Though John Madden left the coaching ranks behind at a young age (42), he had so much more to give to the sport. Initially reluctant, he started a broadcasting career that spanned across the CBS, Fox, ABC and NBC networks. While at ABC between 2002 and 2005, he worked with Al Michaels and became the voice of Monday Night Football.

Throughout his broadcasting career, Madden entered all of our homes with cutting-edge analysis, a lively personality and clever catchphrases that made him one of one in the business. Even today, you can hear him say, “Boom!” during the telecasts.

Away from the sideline, John Madden continued to show his brilliance and passion for the game, but he did it with humility. In a sense, he remained a teacher of the sport. When listeners and viewers tuned in to him, they often learned something with the added entertainment value.

Madden also set trends, putting Turduckens on the map. To this day, players of winning teams still take a big bite out of turkey legs on Thanksgiving Day.

It’s almost fitting that Raiders kicker Daniel Carlson had the honor of biting into a turkey leg after he kicked a game-winning 29-yard field goal to beat the Dallas Cowboys in overtime this year.

As Madden’s popularity continued to blossom in the booth, he provided his image and likeness to a video game series, which carries his name. Once again, he connected with average football fans.

When video gamers popped in a John Madden cartridge or disc into their consoles, many of them couldn’t identify coverages or execute the perfect skinny post or corner route, but they acquired a working knowledge of the game with an iconic voice leading them through the commentary.

Through 85 years, Madden turned his football endeavors into journeys that became larger than life, which makes him a legend. The multitalented football savant won a Super Bowl, 16 Sports Emmy Awards, went into the Pro Football Hall of Fame in 2006 and his video game series remains one of the most popular of its kind.

Speaking for people who started following the NFL in the 1990s, we often forget where Madden’s brilliance started, as a teacher and developer of men and football players.

During the All-Madden documentary that aired on Fox Christmas Day, he witnessed the outpouring of love and respect from people who came in contact with him. Most importantly, you can see the admiration from his wife and sons.

Over time, John Madden gained an extended family that includes players, coaches, the Raiders organization and fanbase, media members and football fans who view him as the face of the sport.

Madden passed away on Tuesday, but his legacy remains with us in so many forms.