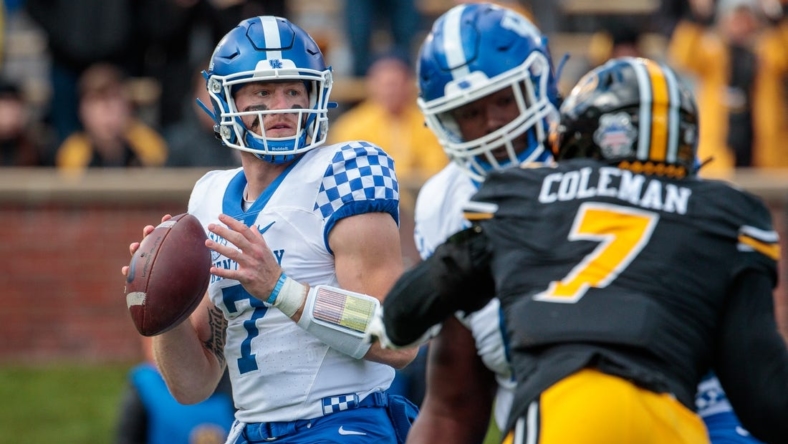 Kentucky coach Mark Stoops said complacency won’t be an issue on Saturday as his bowl-eligible Wildcats face Vanderbilt in a Southeastern Conference matchup in Lexington, Ky.

“With three games left in November, we still have to be relentless in our improvement,” Stoops said. “We’ve got to finish strong. That old saying ‘remember November’ is no joke. You want to remember how you finish.”

The Wildcats (6-3, 3-3 SEC) will begin a three-game homestand in the game against the Commodores (3-6, 0-5), with matchups against Georgia and Louisville to follow. An improbable sweep of all three would put the Wildcats in position for a second consecutive 10-win season, including a bowl game.

Their chances for that might come down to the health of quarterback Will Levis, who passed for three touchdowns last week in a 21-17 win at Missouri while playing through foot and shoulder issues that led to six sacks.

Stoops said Levis’ lack of mobility was “unfortunate for himself and for us because we’ve seen what he’s done in the past with his mobility. But Will will continue to work extremely hard to get treatment and be as ready as he can be to help his team.”

Mistakes were costly for the Commodores last week in their 38-27 loss to South Carolina. They rushed for 226 yards, but four turnovers were too much to overcome as they dropped their 26th consecutive conference game. Vanderbilt hasn’t won an SEC contest since a 21-14 victory over Missouri on Oct. 19, 2019.

The Commodores on Saturday will be without starting quarterback AJ Swann, who came away with an undisclosed injury against South Carolina.

Mike Wright, who started at QB the first three games this season, will start against Kentucky.

“Mike’s gonna be the guy this week as we get going,” offensive coordinator Joey Lynch said, according to The Tennessean.

Wright has completed 58.3 percent of his 96 passes for 654 yards in seven games and has rushed for 328 yards with an average of 7.5 yards per carry.