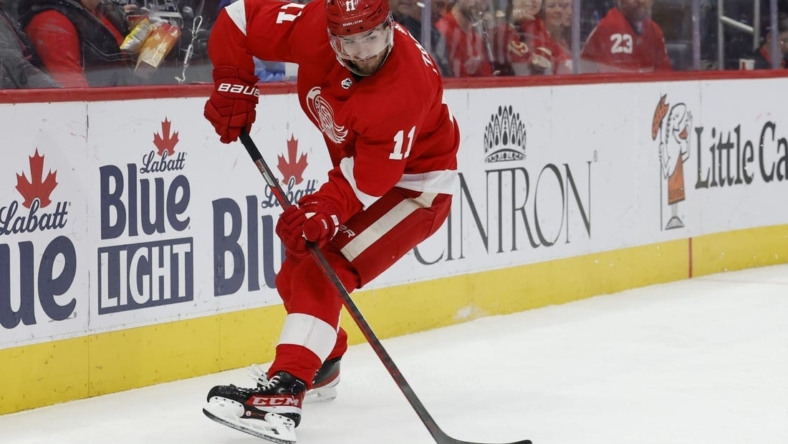 Lalonde didn’t disclose the diagnosis of the injury, which occurred when a puck aimed for the goal hit Zadina on his right leg with 5:19 remaining in the third period of Saturday’s 3-0 win over the New York Islanders.

“Lower body, not good,” Lalonde said immediately after the game. “I don’t think we’re going to see him for a while. Haven’t gotten the complete word but it’s not good.”

The early season has been a struggle for Zadina. The 22-year-old has played nine games but hasn’t scored and is minus-3.

The Red Wings are close to the return of forward Oskar Sundqvist (upper body), who hasn’t played since Oct. 25. Lalonde said forward Tyler Bertuzzi, who has played just two games this season because of an upper-body injury, could join the team for a West Coast trip that begins Saturday in Los Angeles.

Detroit will host the visiting Montreal Canadiens on Tuesday night.