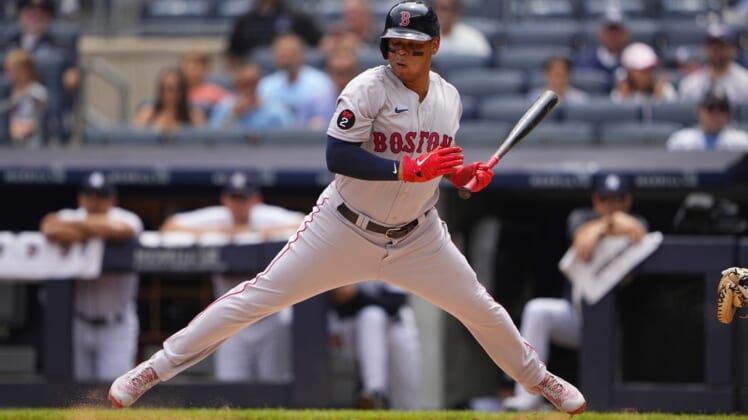 Devers was injured during Friday’s 28-5 shellacking at the hands of the Toronto Blue Jays. Boston was trailing by 22 runs in the fifth inning when Devers felt a pull in the hamstring while batting.

“Well, he says he felt it in the swing,” Red Sox manager Alex Cora told reporters prior to Saturday’s game. “If you see him running the bases on the double (in the first inning), he didn’t look too good running to first. On the swing (in the fifth), he grabbed it.”

Davis went 2-for-4 in two games with Boston earlier this season. Overall, the 28-year-old has appeared in 28 big league games — the other 26 with the San Francisco Giants — and is batting .179 with two homers and four RBIs.