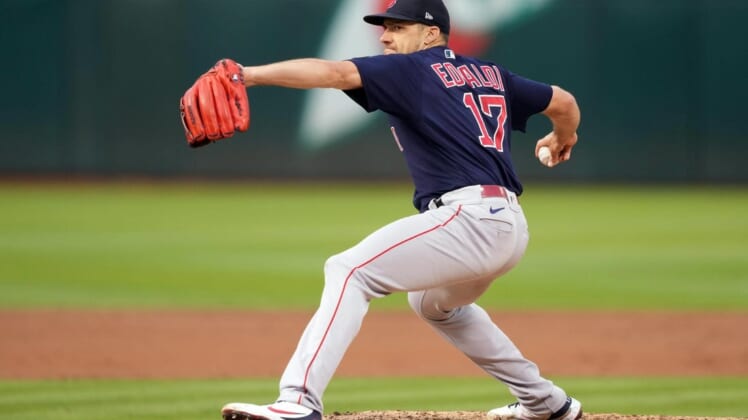 The Boston Red Sox activated right-handed pitchers Nathan Eovaldi and Garrett Whitlock from the 15-day injured list on Friday ahead of the team’s three-game series against the New York Yankees.

In corresponding moves, reliever Phillips Valdez was optioned to Triple-A Worcester, and reliever Matt Strahm went to the 15-day IL with a left wrist contusion.

Before heading to the IL with lower back inflammation in early June, Eovaldi made 12 starts for Boston, posting a 4-2 record with a 3.16 ERA. In his most recent outing against the Los Angeles Angels on June 8, the right-hander worked five scoreless innings, allowing six hits and no walks while striking out five.

Whitlock had been used as both a starter and reliever, appearing in 13 games, nine of which were starts. He went 2-1 with a 3.51 ERA across 48 2/3 innings before being placed on the IL June 10 with right hip inflammation.

Strahm has made 33 relief appearances and is 3-3 with a 3.58 ERA. Valdez has split time between Triple-A Worcester and Boston throughout the season, going 0-1 with a 4.41 ERA during his time with the Red Sox.