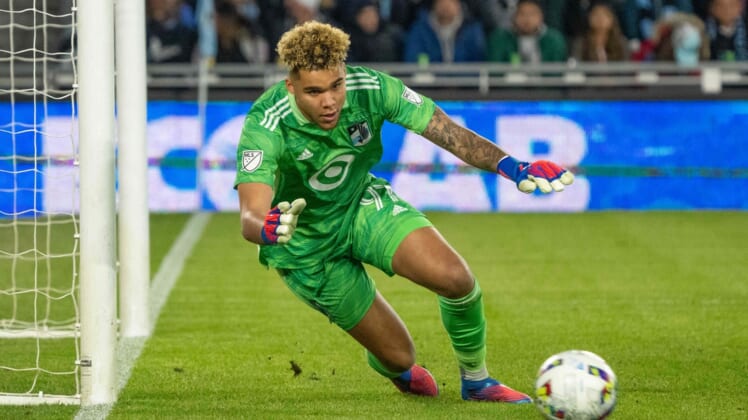 Minnesota United is unbeaten in four starts to begin the 2022 season but needs to get past their old nemesis in the Seattle Sounders to keep that streak alive on Saturday night in Saint Paul, Minn.

Seattle (1-2-1, 4 points) is 8-1-1 all-time against Minnesota (2-0-2, 8 points) and dealt the Loons arguably the bitterest defeat in team history. The Sounders, trailing 2-0 heading into the 75th minute of the 2020 Western Conference final, scored three times, including a game-winning header by Gustav Svensson three minutes into stoppage time, to pull out a 3-2 victory and a berth in the MLS Cup Final.

Don’t let Seattle’s slow MLS start to the 2022 campaign fool you. The Sounders have been busy taking care of business in the CONCACAF Champions League by knocking off Liga MX’s Club Leon, 4-1, on aggregate to move into the semifinals starting Wednesday against reigning MLS Cup winner New York City FC.

“I’d call it a success,” Sounders coach Brian Schmetzer told the Seattle Times. “We’ve missed some critical pieces for some extended periods of time. You’ve yet to see this team. … It’s a little early to make any sort of determinations. All I know is the players in the locker room have gutted out some performances against some very good teams.”

Seattle enters Saturday’s contest in 11th place in the Western Conference and off a 1-1 draw at Austin FC on March 20 before the start of the international break.

Minnesota United is third in the West, two points behind Los Angeles FC and Real Salt Lake. The team’s start to the 2022 campaign is in stark contrast to 2021 when they began with four consecutive losses, including an ugly 4-0 season-opening setback at Seattle.

The Loons have won back-to-back games by 1-0 scores over New York Red Bulls and San Jose before the break with Paraguayan striker Luis Amarilla scoring the goal in both wins. The Loons haven’t won three in a row since the 2020 campaign when they scored consecutive wins over Portland, San Jose and Sporting Kansas City.

“Can we keep this run going?” Minnesota United coach Adrian Heath asked. “I’ve said that if at the end of four games we had eight points, I’d be very happy with that (and) that’s where we are. Let’s try and make it 11 from five. If we do that, it’ll be a great start.”