Red Bulls, Revolution both looking to find a groove 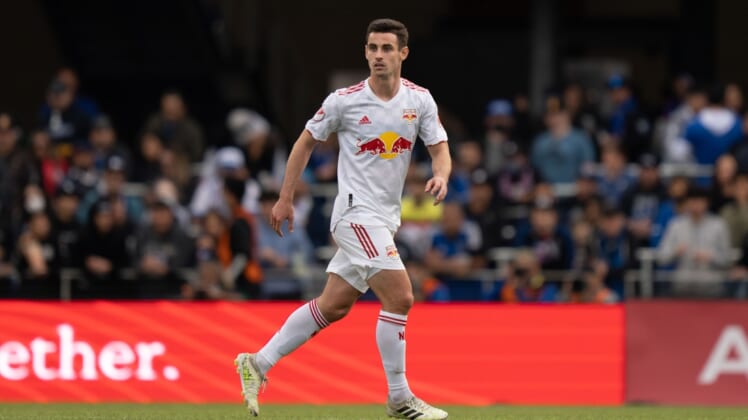 The New York Red Bulls will look to continue their early-season road success when they visit the New England Revolution on Saturday at Foxborough, Mass.

New York (2-1-1, 7 points) has earned both of its wins so far in road games, scoring seven goals while conceding only two at San Jose and Toronto. The club can win its first three road games of the season for the first time ever.

“Obviously there are more points there to be taken but I think overall as a team we feel pretty good with that,” New York defender Dylan Nealis said. “Obviously we would have liked to get more points at home but it’s tough to pick up away results in this league so I think that’s also a huge plus for us going into this next slate of games.”

The Red Bulls are winless in their past two games after opening with consecutive victories, falling to Minnesota United FC 1-0 and ending in a 1-1 tie against the Columbus Crew on March 20.

New York dropped all three meetings against the Revolution in 2021 and is 1-4-2 in its past seven matches against New England.

The Revolution (1-2-1, 4 points) hope the time off for the international break will help them get back on track. After a two-week preseason venture in California, the club has dealt with consecutive losses, elimination in CONCACAF Champions League play on penalty kicks and bad weather in Boston, limiting their ability to train outside.

New England posted its only win in the second week of the season and has been outscored 6-3 in back-to-back defeats to Real Salt Lake and expansion Charlotte FC.

“We have not been able to have any kind of rhythm,” Revolution head coach Bruce Arena said. “It’s been really difficult, and I give a lot of credit to the players. They’ve hung in there in some really difficult and challenging times. Over the last week and a half, we’ve been able to get settled in a little bit more. … I think we’ve made progress since last week and hopefully we can play a good game against the Red Bulls on Saturday.”