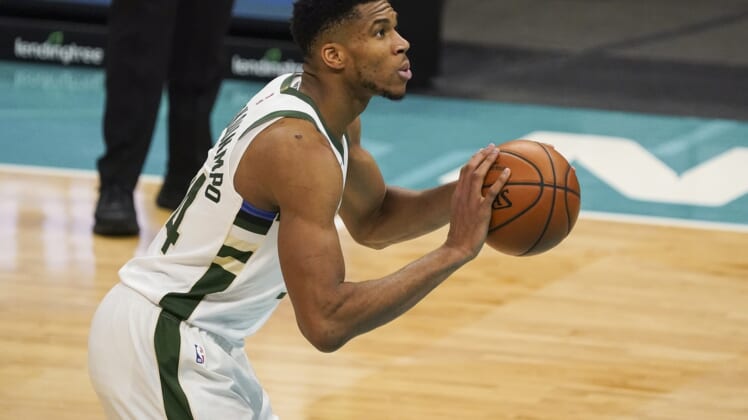 D.J. Augustin and Bryn Forbes added 13 points apiece as Milwaukee shot 55.2 percent from the field and connected on 21 of 42 3-point attempts. Middleton hit all four of his 3-point attempts and Augustin made 4 of 6.

Nassir Little established career bests of 30 points and five 3-pointers for the Trail Blazers, who have lost four straight games to the Bucks and eight of the past nine.

The Trail Blazers shot just 37.5 percent from the field and were 15 of 42 from 3-point range while losing for the third time in four games.

Milwaukee’s assault began in the first quarter when it went 8 of 10 from 3-point range while taking a 46-36 lead.

The Bucks again had the range in the second quarter by hitting 6 of 12 from behind the arc. Portis capped the stellar shooting with a 3-pointer with 6.6 seconds left to give Milwaukee a 79-56 halftime edge.

The cushion continued to grow in the third quarter and a 10-0 burst that featured 3-pointers from Augustin and Middleton boosted the advantage to 106-70 with 3:11 remaining.

Milwaukee took a 113-77 advantage into the fourth quarter and saw its lead top out at 39 early in the stanza.