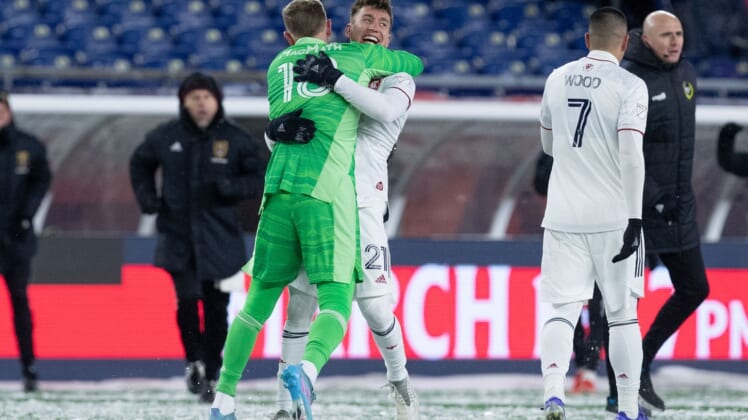 Real Salt Lake looks to continue an unbeaten start on Saturday night against a Nashville SC side battling through an extended, season-opening road trip before unveiling a new stadium.

Salt Lake (2-0-1, 7 points) continues to make a case as one of the league’s most underrated sides since manager Pablo Mastroeni took over as manager midway through last season.

Last weekend, they came from two goals down in a snowy visit to the 2021 Supporters’ Shield-leading New England Revolution to complete a stunning 3-2 win.

It was just the latest in a string of results that has seen the Claret and Cobalt build on a run to last year’s Western Conference final after sneaking into the final West playoff spot.

“It’s an incredible mentality from this group,” Glad said after last weekend’s comeback. “You saw it at the end of last year, and it’s carried on into this year, that never-say-die attitude.”

Nashville (1-1-1, 4 points) is playing its fourth of eight straight on the road before opening a new ground at the start of May.

Last weekend’s performance was the first time they showed a bit of road weariness in a 2-0 loss to Dallas.

Nashville has yet to get a goal from Hany Mukhtar, last year’s team scoring leader, and has just two overall.

But previous MLS teams typically have found that such long away stretches to open the year are about attrition more than creation, then building on a home-heavy schedule once the new stadium arrives.