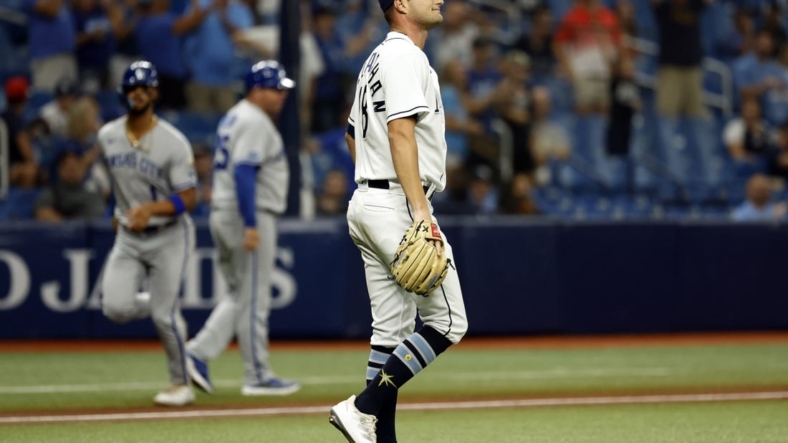 Tampa Bay Rays left-handed pitcher Shane McClanahan was a late scratch from his scheduled start against the Miami Marlins on Tuesday.

A video of McClanahan in the bullpen prior to the game showed coaches patting his back as he appeared to get emotional while walking off the mound. Bally Sports Florida later reported that the left-hander had a left shoulder impingement, pending further imaging.

McClanahan, 25, has been stellar in his second season in the major leagues. He is 11-5 with a 2.20 ERA and is a Cy Young Award candidate in the American League.

Reliever Shawn Armstrong served as the opener for the Rays on Tuesday and went three scoreless innings, allowing three hits and striking out one.