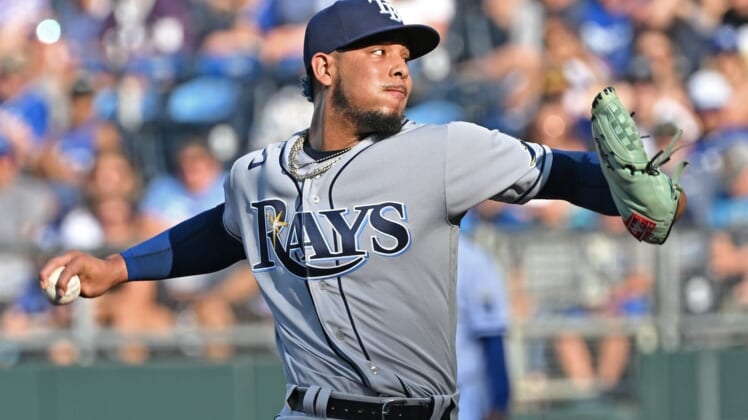 Tampa Bay designated right-handed pitcher Jimmy Yacabonis for assignment on Thursday to make room on the active roster for Luis Patino, who’s starting for the Rays on Thursday night.

Yacabonis appeared in four games (one start) for the Rays since they claimed him off waivers earlier this month from the Miami Marlins. He has posted a 9.82 ERA without a decision.

Patino was called up from Triple-A Durham to make Thursday’s start against the Kansas City Royals. The 22-year-old was demoted to the minors late last month after going 0-1 with a 6.75 ERA in three starts over two stints with Tampa Bay this year.

Patino is 2-1 with a 3.70 ERA in seven starts for Durham. He pitched five shutout innings in his latest outing, Friday against Jacksonville.