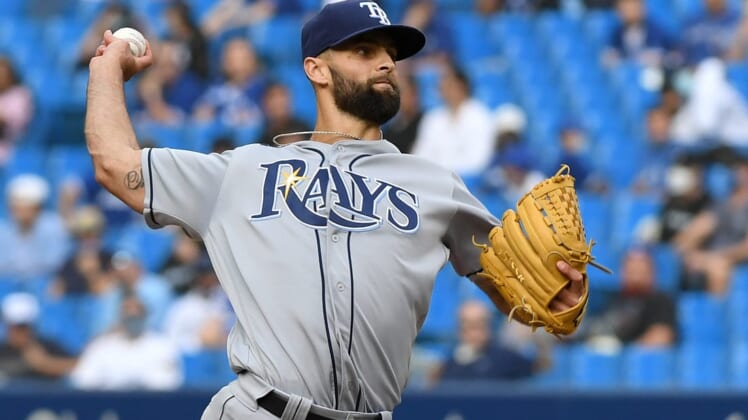 The Tampa Bay Rays activated right-hander Nick Anderson from the 60-day injured list Monday and optioned him to Triple-A Durham.

Anderson, 32, has been sidelined all season after undergoing surgery on his right elbow in October.

He has made nine appearances with Durham on a rehab assignment, going 1-0 with a 7.88 ERA across eight innings of relief.

Sanders, 27, made his MLB debut on April 14 and had no decisions and a 3.07 ERA in eight relief appearances.