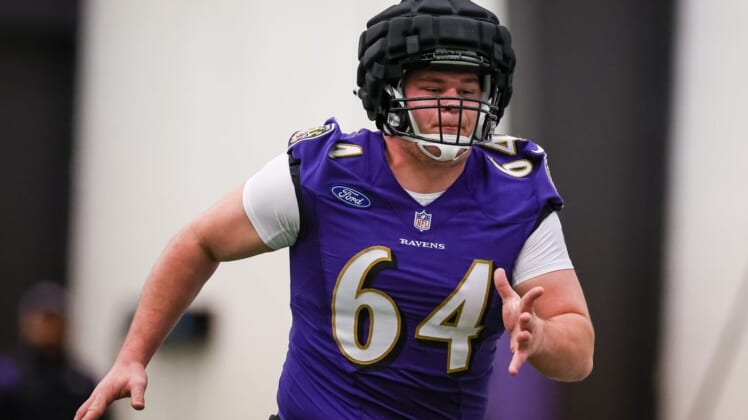 The Baltimore Ravens signed one of their 2022 first-round draft picks, center Tyler Linderbaum, to his rookie contract on Thursday.

The 6-foot-3, 290-pound Linderbaum was the 25th overall selection out of Iowa.

Linderbaum was a three-time starter at Iowa and two-time All-American. He has been participating in organized team activities, is expected to take over as Baltimore’s starting center this season.

“We’re trying to throw him in there and get him as much exposure [as possible],” offensive coordinator Greg Roman said Wednesday.

“He’s doing a really good job; you can see it every day. Some guys — you can just see it every day — they just take another step forward, and he’s one of those guys thus far. So, it’s a credit to him, and he needs to keep it going.”