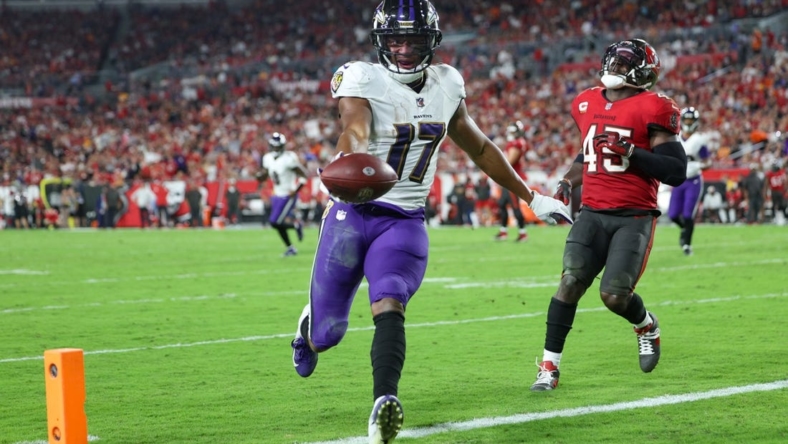 The Baltimore Ravens seem headed in the right direction after winning consecutive games for the first time this season.

The New Orleans Saints are coming off their best performance of the season as they try to win consecutive games for the first time.

The Ravens (5-3) and the Saints (3-5) will try to continue their recent success when they meet Monday night in New Orleans.

First-place Baltimore is the only team in the NFC North with a winning record after defeating Cleveland and Tampa Bay the last two weeks.

The Ravens moved to strengthen their defense, which is ranked 20th in the NFL in scoring (22.9 points allowed per game) by acquiring linebacker Roquan Smith, the NFL’s leading tackler with 83, from the Chicago Bears before this week’s trading deadline.

Smith will play Monday night after receiving a crash course in his new team’s defense.

“There’s terminology things, but I feel like I have the mental capacity to do those things and be able to step right in and do what I need to do,” Smith said. “That’s part of being a pro, so I put that on myself.”

Fellow linebacker Patrick Queen called Smith “a huge piece for us” and said his acquisition demonstrates that the organization is serious about trying to contend for a Super Bowl this season.

“You can definitely tell that they’re really in win-now mode,” Queen said.

Starting linebacker Tyus Bowser and rookie linebacker David Ojabo, whom have yet to play this season because of Achilles injuries, were full participants in Thursday’s practice.

The Saints lost five of their first seven games before their most complete performance of the season in a 24-0 home victory against the Las Vegas Raiders last Sunday.

Alvin Kamara had 158 yards of total offense, rushing for one touchdown and catching two touchdown passes. The Saints defense shut down the Raiders running game and passing game, allowing a total of 183 yards. The special teams chipped in by stopping a fake field goal, setting up a field goal.

Kamara’s touchdowns last week were his first of the season, but the Saints running game has been improving. New Orleans averaged 111.5 rushing yards in its first four games and has averaged 171 in its last four.

The defense did not allow the Raiders to cross midfield less than three minutes remained in the game.

“As long as we don’t press and stay loose, then that is what we are capable of as a defense,” said safety Tyrann Mathieu, who had an interception.

Saints coach Dennis Allen announced Thursday that former All-Pro wide receiver Michael Thomas, who has missed the last five games because of a dislocated toe, will have surgery and likely miss the rest of the season.

The Ravens also are losing a wide receiver for the season as Rashod Bateman will undergo season-ending foot surgery.