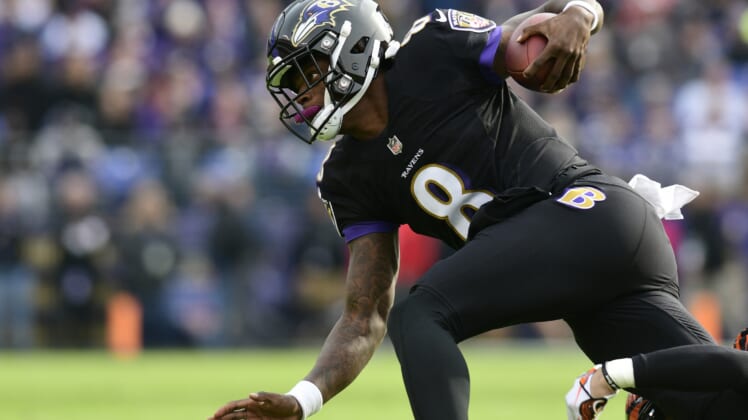 Baltimore Ravens quarterback Lamar Jackson missed the end of Sunday’s loss to the Kansas City Chiefs. But the injury is not expected to be long term.

Following Sunday’s game, it was revealed that the X-rays on Jackson’s ankle came back negative. He expects to play in Week 15 when the Ravens host the Tampa Bay Buccaneers.

Ben Roethlisberger said he expects to play next Sunday vs. Patriots, despite his rib injury.

X-rays on Lamar Jackson’s ankle were negative and he expects to play next Sunday vs. Bucs.

With Baltimore trying to tie or win the game in overtime, Jackson was sacked on second down, injuring his ankle. He was replaced by Robert Griffin III, who threw two incomplete passes to end the game.