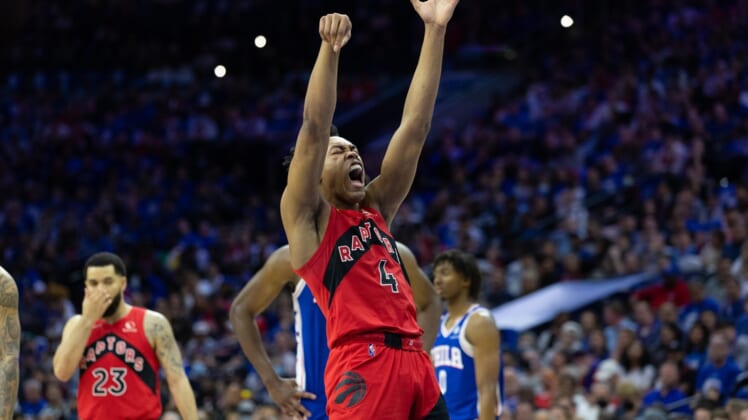 Toronto Raptors rookie Scottie Barnes won’t play in Game 2 of the best-of-seven playoff series at Philadelphia on Monday due to an ankle injury.

The 76ers won Game 1 131-111 on Saturday and Barnes has been limited since leaving that game with an ankle injury. An MRI exam revealed no major structural damage.

Barnes is one of three Raptors who were considered doubtful. Toronto officially listed Gary Trent Jr. as doubtful on Monday. Trent did not practice due to a non-COVID illness on Sunday and was not at shootaround Monday morning.

Barnes injured his left ankle when 76ers center Joel Embiid inadvertently stepped on his left foot in the fourth quarter of Game 1. Barnes hit the deck immediately and was helped off the court by assistant coach Jamaal Magloire.

The versatile Barnes had 15 points, 10 rebounds and eight assists before leaving the game.