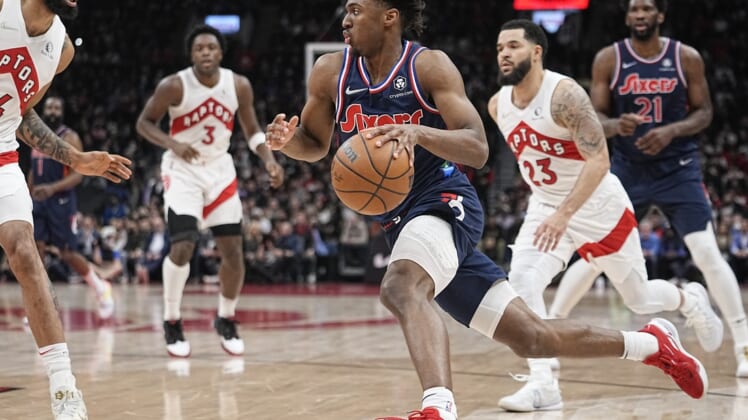 Toronto Raptors guard Fred VanVleet left Game 4 against the Philadelphia 76ers on Saturday due to a left hip strain.

VanVleet sustained the injury in the second quarter and headed to the locker room.

With the Raptors leading 45-36 at the time, but on the verge of elimination down 3-0 in the first-round playoff series, VanVleet was visibly upset as he exited the court with 4:57 to play in the first half, tearing his jersey apart down the middle in frustration.

He scored five points with three assists in 15 minutes.

An All-Star this season, Van Vleet put together his most productive scoring season as a pro for the Raptors. He averaged a career-high 20.3 points per game, to go along with career bests in assists (6.7) and rebounds (4.4).

The 28-year-old has played his entire six-year NBA career in Toronto. He went undrafted despite being a college star at Wichita State.