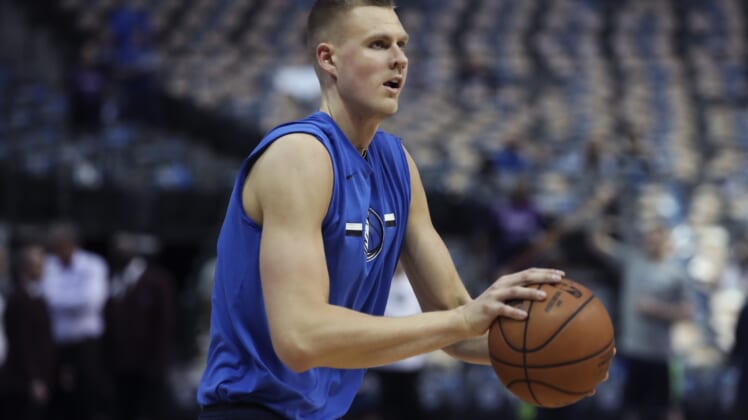 We’ve begun the greatest six weeks in the NBA season. The NBA Finals are underway. The NBA draft is in mid-June, and NBA free agency begins on July 1st.

While we don’t know who will win the NBA title this year, or who will go No. 1 in the NBA Draft, we do know the names that will set NBA free agency on fire.

He’s back: In his first year with the Raptors, Kawhi Leonard carried Toronto to the NBA Finals. LeBron James and Stephen Curry are the only other NBA superstars that can make that claim while having middling talent around them. Leonard is an NBA champion, NBA Finals MVP, three-time All-Star, and two-time Defensive Player of the Year. Leonard is often regarded as the best two-way player in the league.

Stats:  Last season with the Raptors, Leonard averaged 26.6 points, 7.3 rebounds, and 1.8 steals per game. He has also carried the Raptors throughout the playoffs, hitting key shot after key shot to win games.

Race for Kawhi: Both the Clippers and the Lakers are making strong pushes to land Leonard. It is believed that the Clippers are in the driver’s seat, but Lebron James is going to make a big recruiting pitch for Leonard to join the Lakers. Re-signing with the Raptors also cannot be ruled out as they can offer Leonard the most money.

Bandwagon: When Durant hopped on the Golden State Warriors bandwagon it was a monumental moment in sports. It was the first time a top-five talent in any sport joined the “greatest” team in the history of the sport.

Stats: Last season with the Warriors, Durant averaged 26 points, 5.9 assists, and 6.4 rebounds. In the playoffs, Durant was an absolute monster before his injury, averaging 34.2 points per game.

Staying put: Durant is staying in Golden State going forward. With his legacy tainted by hopping on the Warriors bandwagon, he’d look like a bigger fool if he went to another team that didn’t make the playoffs or was eliminated in the first round. Durant’s only chance to redeem his legacy will be by staying with Curry and Co. in an attempt to win more titles than LeBron or Michael Jordan — two of the greatest, which Durant views as his equals.

Top point guard hits the market: Kyrie Irving is one of the flashiest players in the league. His handles are so good that he is nearly impossible to guard. Irving is an NBA champion and a six-time All-Star.

Can he carry a team? After an early playoff exit, questions were raised if Kyrie had the ability to be the leader of a team. There were reports all season long that the Celtics had chemistry issues, with Irving being the source of the problem. Irving certainly has tremendous talent, but his character could make some teams cautious.

Where is Kyrie headed? At the beginning of the season, Irving planned to sign a long-term deal with Boston. Now, the odds of that happening have significantly lowered. The Knicks and Nets are expected to make big efforts to land Irving. Also, watch out for the Lakers with a Kyrie-Lebron reunion.

Star sharpshooter: Klay Thompson is one of the best catch-and-shoot players in the game. He has also been praised for his defense, usually guarding opposing team’s star players. Thompson is a three-time NBA champion and a five-time All-Star.

Stats: Last season with the Warriors, Thompson averaged 21.5 points per game while shooting over 40% from three.

Set in clay: The Warriors are confident that they will be able to resign Thompson and it is likely that he will stay a Warrior. However, Thompson is seeking a five-year max deal. If the Warriors decide not to give him the money he is asking for, watch for the Lakers and Bulls to make a potential push.

Clear talent but character issues: Jimmy Butler is a star player, being named an All-Star four times. However, many teams are concerned about his character. Butler forced his way out of Minnesota last summer after having problems with his teammates, most notably Andrew Wiggins. When he got to Philadelphia, it was reported that he aggressively challenged his head coach Brett Brown about his offensive role on the team.

Stats: Last season on both the Timberwolves and 76ers, Butler averaged 18.7 points, 5.3 rebounds, and 1.9 steals per game.

Butler wants his money: Butler is seeking a max contract and knows he will get offered it from many teams around the league. If the Sixers refuse to offer him a max deal, look to the Nets as a top contender for Butler.

Star on a bad team: Kemba Walker is three-time All-Star. Yet, he is very underrated and overlooked mainly due to his lack of team success in the league. Walker has never been passed the first round of the playoffs.

Stats: Last season with the Hornets, Walker had a career year, averaging 25.6 points per game and 5.9 assists.

Where can Kemba find success: The Mavericks have been linked to make a push for Walker. Both the Nets and Knicks have also expressed interest. The Hornets could also potentially resign Walker. Walkers decision on where he will land depends on what happens with Kevin Durant and Kawhi Leonard.

Breakout season: D’Angelo Russell had a breakout year with the Nets last season. He carried his team to the playoffs and is a candidate for the most improved player award. Russell made his first All-Star game last season.

Will the Nets want to keep him: Russell has expressed interest in re-signing with the Nets. It remains to be seen if the Nets will make Russell a part of their core long term or look another direction to players like Kyrie Irving or Kemba Walker. If the Nets decide to part ways with Russell, the Suns could be a dark horse team to sign him.

Quiet star: Kris Middleton has quietly made a name for himself on the Bucks. Last season, he made his first All-Star game and is a huge reason for their teams great success.

Stats: Last season with the Bucks, Middleton averaged 18.3 points and 6 rebounds per game while shooting 38% from three.

Bucks want him to stay: The Bucks have stated that re-signing Middleton is their main priority this summer and they are prepared to be aggressive. Middleton will be seeking a max deal. If the Bucks let him get away, look for the Mavericks, Knicks, and Cavaliers to make a push for him.

NBA journeyman: Tobias Harris has been on five teams in his eight-year career. Everywhere he goes, he has been a key player of that team. He is just short of an All-Star caliber player.

Stats: Last season with the Clippers and 76ers, Harris averaged 20 points and 7.9 rebounds per game while shooting 40% from three.

Could he be headed to his sixth team? Harris will be seeking a max contract this summer. The Sixers could deem Harris too expensive, especially if they re-sign Jimmy Butler. The Nets are expected to be serious contenders for Harris. The Jazz, Mavericks, Kings, and Pacers are also expected to make a push for him.

Many questions: Kristaps Porzingis has not played a game since February, 2018, due to a torn ACL. Porzingis was traded mid-season to the Mavericks. When healthy, he is a wrecking ball, making the All-Star game in 2018.

Stats: Before getting injured in 2018 with the Knicks, Porzingis was averaging 22.7 points, 6.6 rebounds, and 2.4 blocks per game.

Not going anywhere: The Mavericks plan to sign Porzingis to a five-year max contract. They are not letting the player they just traded for, and who has not played a game for the team yet, go anywhere.

Injuries: Demarcus Cousins was one of the best big men in the league, being named an All-Star four times before tearing his achilles two seasons ago with the Pelicans. He returned to play late last season with the Warriors, only to be sidelined again by a torn quad right as the playoffs began. When healthy, Cousins is a force to be reckoned with.

Stats: Last season with the Warriors, Cousins averaged 16.3 points and 8.2 rebounds per game.

Questionable market: Cousins’ market is very unknown due to his injuries. Last summer, the star player signed a one-year, $5 million deal. Injuries could once again make his free agency market stale. The Warriors would like to resign Cousins, but may not be able to afford him. Expect the Lakers to be major players for Cousins.

Unknown big man: Nikola Vucevic has quietly been a top big man for much of his eight-year career. Last year, however, was his best. Vucevic made his first All-Star game and carried the Magic to the playoffs for the first time since the Dwight Howard era.

Stats: Last season with the Magic, Vucevic averaged 20.8 points and 12 rebounds per game.

Many suitors: The Magic have resigning Vucevic as a top priority for them this summer. However, many teams around the league have signing Vucevic as their primary focus. The Mavericks or the Kings could be potential landing spots for Vucevic.

Breakout year: Julius Randle took the NBA by storm last season showing that he a top big man in the league. The Lakers let Randle walk last summer. He proved that they made a big mistake not resigning him.

Stats: Last season with the Pelicans, Randle averaged 21.4 points and 8.7 rebounds per game.

Likely staying put: There is mutual interest between Randle and the Pelicans to get a deal done. With Anthony Davis likely headed out the door, Randle could become the Pelican’s primary big man.

Key addition to new team: Marc Gasol was traded mid-season from the Grizzlies to the Raptors. The three time All-Star and one time Defensive Player of the Year is a huge part of the Raptor’s playoff success this season.

Stats: Last season with the Raptors and Grizzlies, Gasol averaged 13.6 points, 7.9 rebounds, and 4.4 assist per game.

Where will he go: If Gasol chooses not to re-sign with the Raptors, the Kings and the Hornets could be potential landing spots for the big man.

Threes please: JJ Redick is one of the best three-point shooters in the league. He is very effective at using screens to get open and can create his own shot. He does not need much space to shoot.

Stats: Last season with the Sixers, Redick averaged 18.1 points while shooting 40% from three.

Not priority for Sixers: Redick and the Sixers have mutual interest in creating a deal. However, the Sixers’ priorities are Jimmy Butler and Tobias Harris. The Sixers may be forced to part ways as Redick comes at a hefty price. The Spurs or Cavaliers could be potential landing spots.